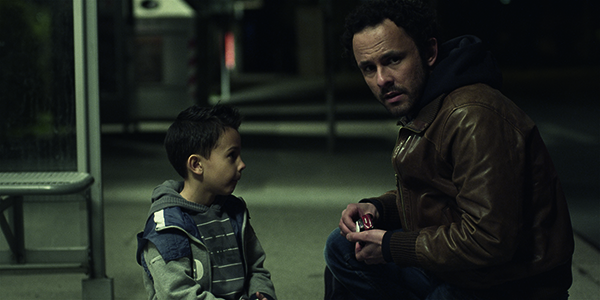 After getting hassled by subway police on the way home with his young son, a man spares another passenger the same fate at the hands of the subway’s ticket takers. Instead of being grateful, the man he helped is verbally abusive and throws the boy’s toy off the train. How does a father explain these things to his son? Won Best Dramatic Fiction Award at the 2013 Taos Shortz Film Fest.