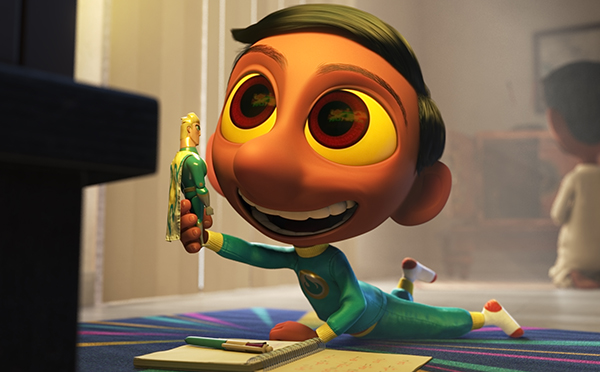 In this new short film from Pixar Animation Studios, Sanjay Patel uses his own experience to tell the story of a young Indian-American boy who is absorbed in the world of cartoons and comics while his father tries to draw him into the traditions of his Hindu practice. The boy’s boredom disappears when he embarks on an awe-inspiring adventure that gives him a new perspective. Nominated for an Oscar in 2016 for Best Animated Short.