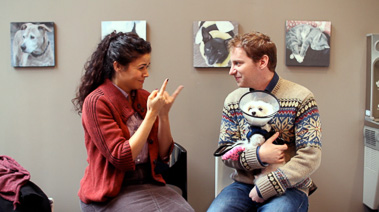 Despite an unrivalled talent for communicating, Jake has trouble talking to women. When a woman from Malta leaves her book on the subway, he ignores his friend’s advice and tries to find her. Won Teen Jury Prize for Best Short Film at the 2014 Nantucket Film Festival among other awards.