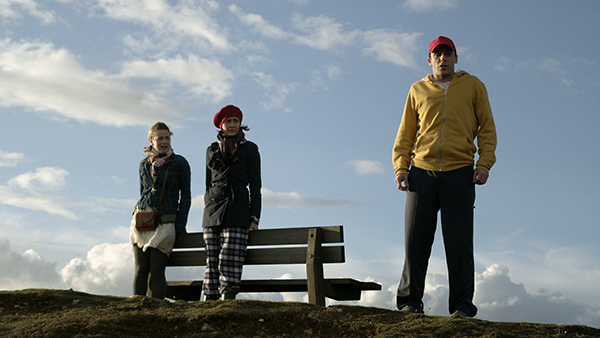 Minnie and Maude struggle to keep Minnie’s Euthanasia Center afloat, but competition and government bureaucracy threaten to end it all … until the two come up with a plan to find people who really want to die, but just don’t know it yet. Sometimes people just need a helping push.

I have always enjoyed watching and reading great comedy. From Buster Keaton to Fawlty Towers, Peter Sellers to Chris Rock, Blackadder to Monty Python. Comedy is an exciting genre that can be both entertaining and enriching. The great farce playwright Dario Fo once said: “When you open your mouth to laugh, you open your mind to think.” The process of laughing softens our intellectual prejudices and allows new thoughts to sneak in, while our defences are down – busy chuckling at someone’s pants also being down.

This is the reason for wanting to make my very first short film a comedy. But a comedy with a difficult subject at its heart. The question, should euthanasia (or assisted suicide) be legalised, is an immensely complex one. If you consider what it is to die, and believe it to be your human right to choose your own death, then you must also consider what it is to live and what defines living. Most of the work produced on the subject of euthanasia is fascinating – but hard to digest. Often these works leave us feeling emotionally and intellectually squashed by the enormity and complexity of the subject. My attempt with This Way Out is to open up the topic of euthanasia in a digestible, accessible way. I hope the film is challenging – while at the same time a universal story about friendship found in unusual places. As a filmmaker, I do not profess to know the answer to the complex question of euthanasia. It is for the audience to decide their feelings on this. What I do hope to do is to entertain people with This Way Out and if by some chance, when they open their mouths to laugh, they also open their minds to think, well then, it won’t only be Dario Fo who feels happy about that…