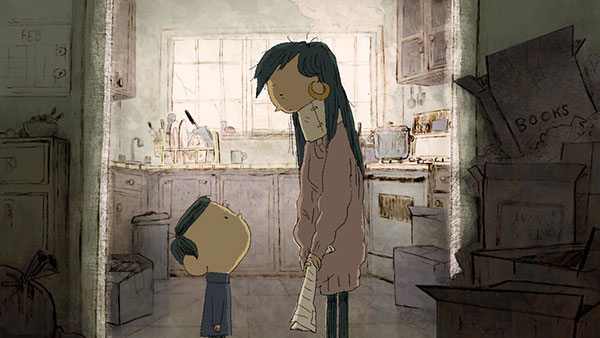 This story of a young boy shuffling between the homes of his recently divorced parents has surreal dream-like moments mixed with the domestic realities of a broken-up family. Trevor Jimenez, a story artist at Pixar who grew up in Canada, wrote and directed this hand-animated film set in 1980’s Toronto. It was produced through Pixar’s co-op program which allows the studio’s artists to make films in their own time. Won the Grand Jury Award at the 2018 Edmonton International Film Festival among many other awards.