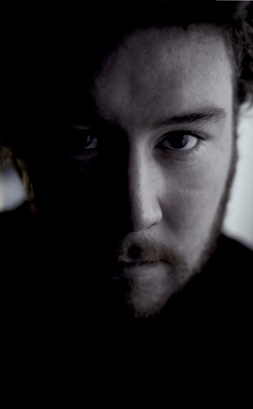 Scott, based in Vancouver but raised in Grande Prairie, has completed seven short films as writer, director and editor. His 2006 film Idaho, won various cinematography awards as well as â€œBest English Language Film of the Yearâ€ at the 2006 Young Cuts festival in Montreal.

His horror shorts Soylent Red and Afterbirth garnered acclaim for their distinct visual style from filmmaker Robert Rodriguez, who called Soylent Red â€œgenuinely disturbing.â€ It won the Audience Choice award in the 2007 Bloodshots Filmmaking Challenge. In 2009, his film Ten Minutes Before Showtime won the festivalâ€™s Best Film award. In 2011, his film Of the Dark (since re-edited and renamed Children of the Dark) wowed the festivalâ€™s audiences and judge, winning the Audience Choice award as well as the grand prize for Best Film.

In 2009, he teamed with Virmana Pictures to create Nomansland, a surreal tale of love lost that enjoyed a successful festival run including a â€œBest Filmâ€ win in Philadelphia, and a stop in the Mediterranean for Spainâ€™s illustrious Sitges festival of the fantastic.

He has been a workshop leader in all 5 of the previous Reel Shorts Film Festivals. He developed the Youth Filmmaking Challenge workshop as a 2-day workshop (since expanded to 2Â½ days) specifically for the 2009 festival and has led it every year since.