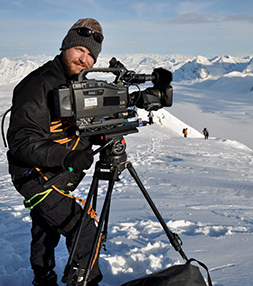 In his drive to film the top predators of North America, Andrew has devoted decades of his life to the company of wolverines, bears and wolves. He thrives on taking his audiences into the secret lives in our natural world. He specializes in documenting predator-prey relationships and is known for capturing rare sequences of wolf, black bear, polar bear and grizzly behaviour throughout North America.

Andrewâ€™s presentation, Filming Wolves: Secrets of Wildlife Cinematography, is at 1:30 pm on Sat, May 10 at Grande Prairie Live Theatre.