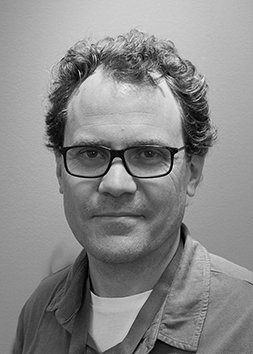 Mark Sawers is a Vancouver writer and director who has been creating unique, offbeat film and television projects for nearly twenty years. He has made several acclaimed short films including Shoes Off! which won the Best Short Film prize at the Cannes Film Festival’s International Critics Week. To watch it, click here.

Mark has also directed numerous episodes of TV series including The Kids in the Hall. His feature, Camera Shy, won the Best International Feature Film prize at the Washington DC Independent Film Festival as well as six LEO Awards including Best Feature and Best Director.

Mark’s latest feature, No Men Beyond This Point, played to sold out crowds at TIFF, VIFF and Rotterdam, and was recently acquired by Samuel Goldwyn Films. He will participate in a Q&A following the screening.

In addition to having a feature film in the fest, Mark is also one of the fest’s jury members and he’ll participate on two of the Filmmaker Insights Day panels on Sat, May 14: