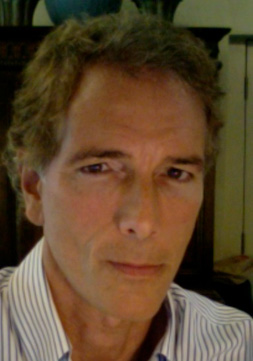 Andrew Wainrib is an award-winning independent producer and director of live action and animated film and television in California. Â He started his career in the hospitality business, as a restaurant and nightclub entrepreneur. Â In 1986 he went to work for London-based production company Allied Stars (Chariots Of Fire) where he directed special project development (sporting events, music videos, etc.) In the 1990s his passion for martial arts and action sports led to the creation of AXTV; its mission was to create the highest production valued and branded action sport content. AXTV became one of the leading names in action television and film production with clients ranging from Head Sport Europe to Red Bull. Wainrib produced action sport documentaries about BASE-jumping, sky diving, glacier skiing and motorcycle daredevils. In 2003 heÂ produced and directed The 5 Coolest Things, starring Matt LeBlanc, for Discovery Networks. Recently he directed the award-winning ThunderMan: The Don Aronow Story narrated by Andy Garcia.Â  He is currently in post-production on Cohen and Other Stories of Rescue, a mixed media feature length documentary, and in pre-production of 48, an animated feature film about the 1948 Israeli War.

Andrew is the writer, producer, and director of the animated documentary Cohen On The Bridge: The Entebbe Rescue which won Best Documentary Short at the 2010 St. Louis International Film Festival and has its Alberta premiere at this yearâ€™s festival.Â  He will participate in Q&A sessions after it screens in Freedom Run (9:30 am, Wednesday), Cross the Line (9:30 am, Thursday), Siesta Cinema (1:30 pm, Friday), and Borders (7:00 pm, Friday).Â  He will also visit junior high and high school classes who are interested in seeing this film and discussing how the effects of this daring rescue still reverberate 35 years later.Â  Art and computer students will also be interested in the anime style of animation used in this riveting re-enactment of a pivotal event in Israelâ€™s history.