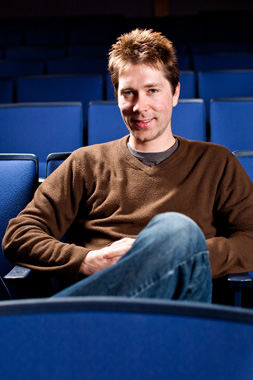 Michael Bourree grew up in Grande Prairie where he is the owner/operator of Ground Up Audio Video Production which produces training videos for the oil and gas industry.Â  In addition to his own career as a musician, he has recorded, mixed and mastered full albums for local bands and produced music videos using film and 3D animation.Â  He received a Diploma of Interactive Digital Design from Grande Prairie Regional College in 2010.Â Â

Michael has helped Scott lead the Youth Filmmaking Challenge workshops since the first one in 2009.