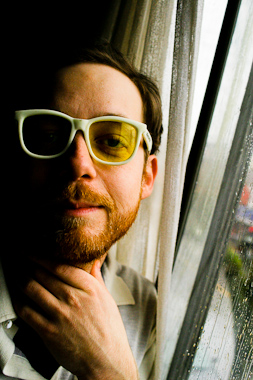 Scooter Corkle has participated in Vancouverâ€™s film industry for the past 8 years specializing in lighting and shooting.Â  He has also had success as a director of short films, particularly with his 2009 film Chloe and Attie which screened at many festivals including the 2009 Bloodshots 48-Hour Contest in Vancouver and the Reel Shorts Film Festival in 2010.Â  He has been the Director of Photography on several short films and a Gaffer on many feature films.Â  He is a full member of the IATSE 891 lighting union and graduated from the Digital Film and Independent Filmmaker program at the Arts Institute of Burnaby in 2003.Â

Scooter has helped Scott lead the Youth Filmmaking Challenge workshops since the first one in 2009.