Well, we’re about half-way through the festival now, and there’s still time to see some awesome screenings. I got out today to both the Gruff & Stuff screening and to see some of the student filmmakers in action down at Muskoseepi Pavillion and the Grande Prairie Museum. I wanted to share some of the photos I took. 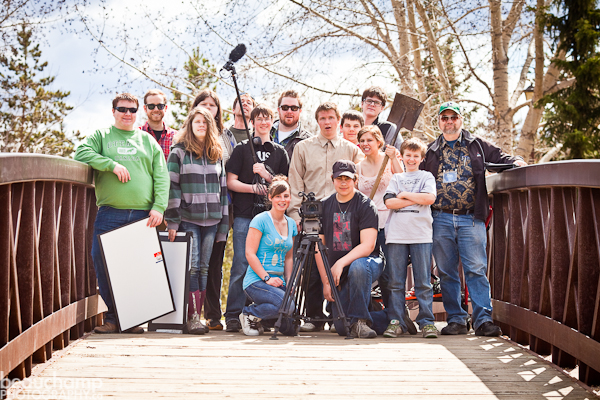 Charlie group from the 2011 Reel Shorts Youth Filmmaking Challenge. Most of them, anyway... 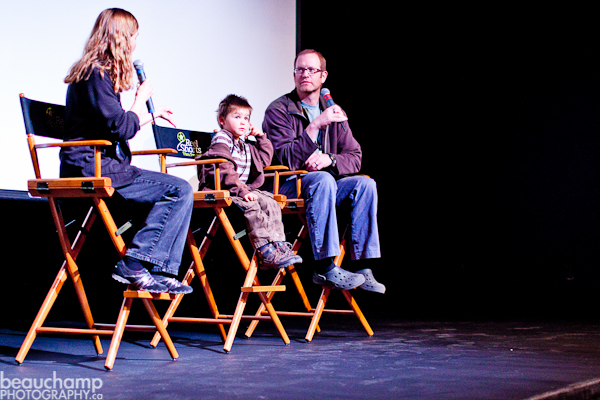 Filmmaker Rio Fitch and his son Skyler were in attendance this morning taking questions about their film The Driving Accident. 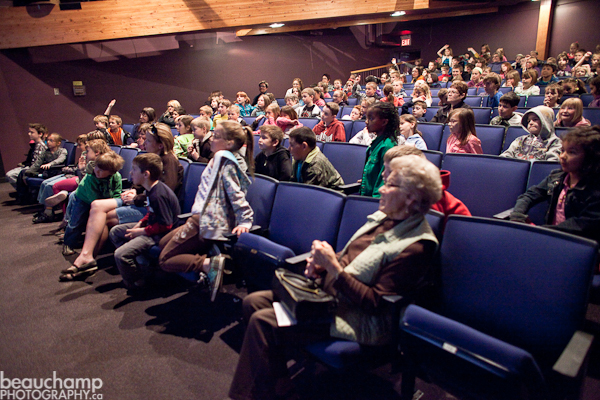 The Second Street Theatre was packed with young elementary students. 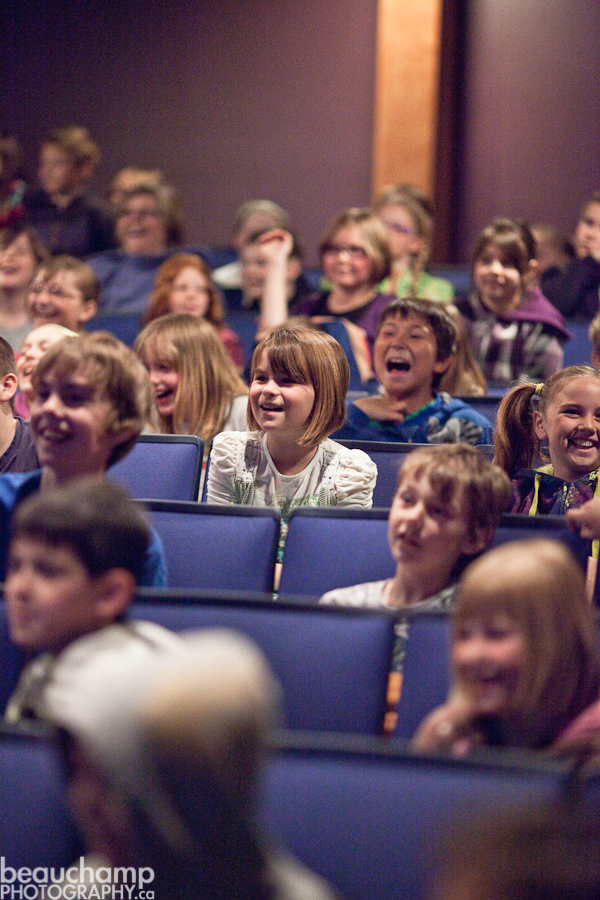 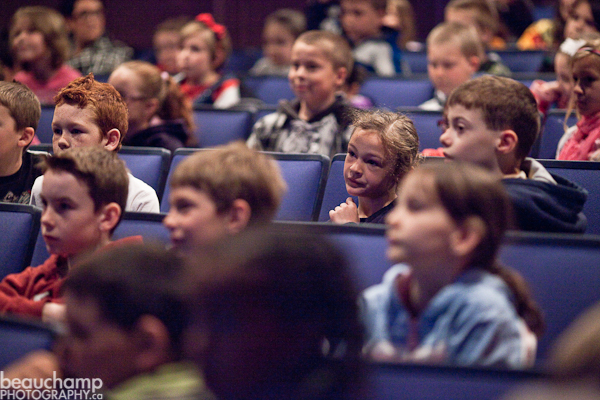 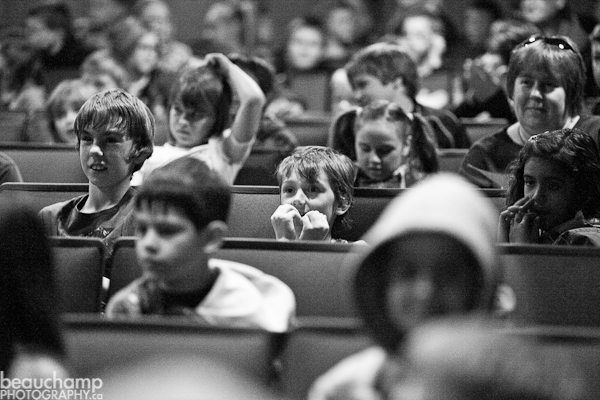 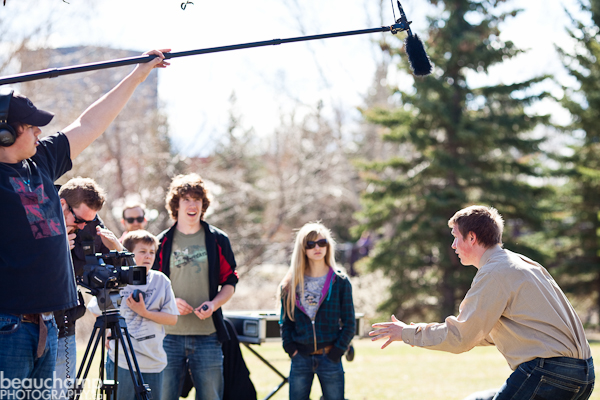 I also made my way over to the Youth Filmmaking Challenge workshops going on outside the Muskoseepi Pavillion. 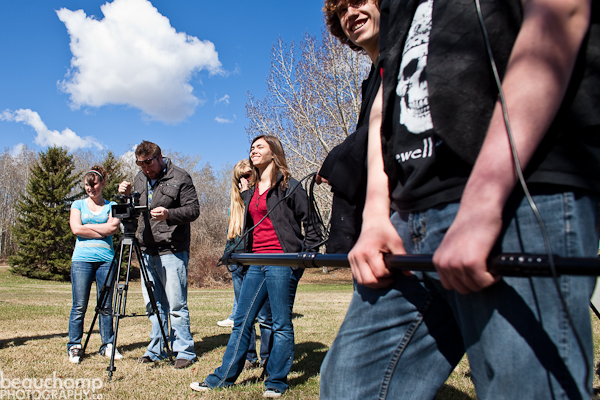 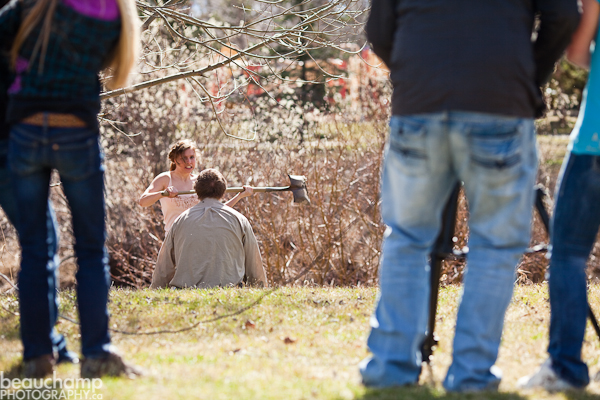 This was the "Charlie" group. Apparently their plot involves murder by shovel. 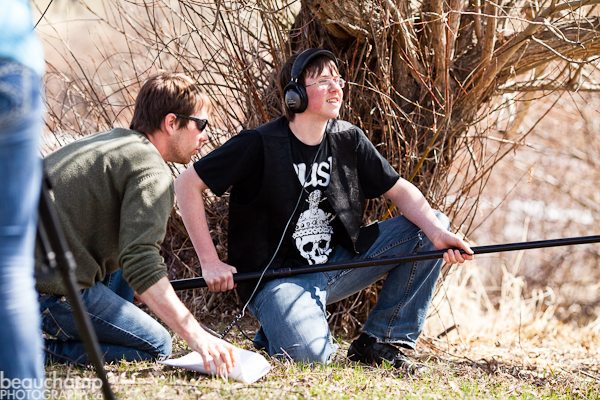 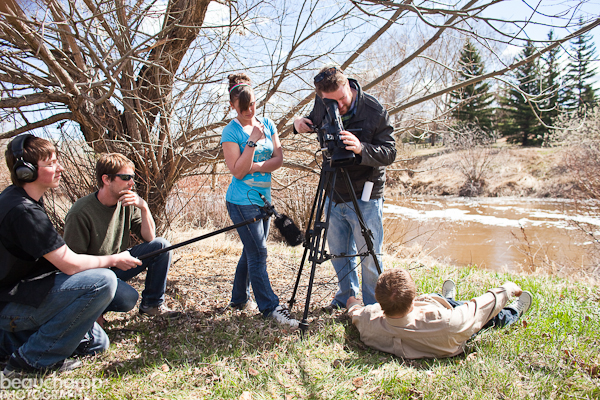 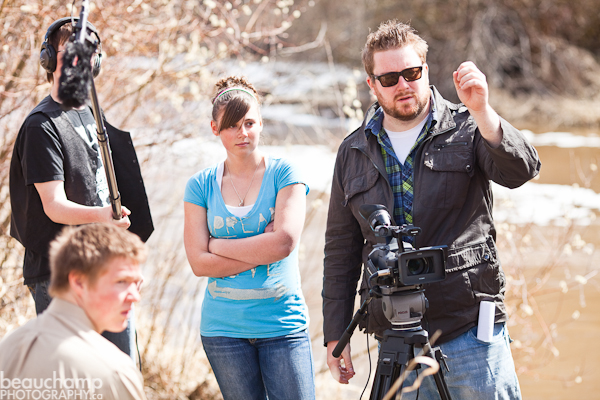 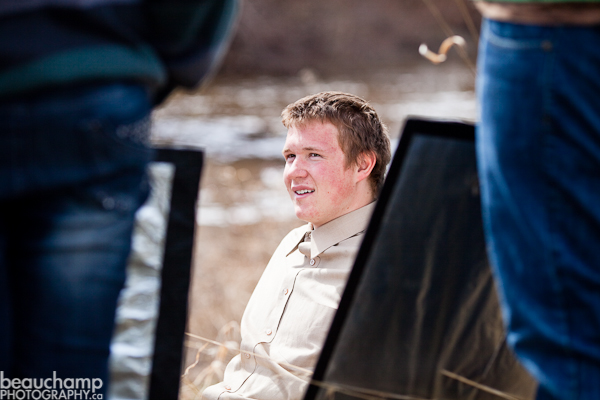 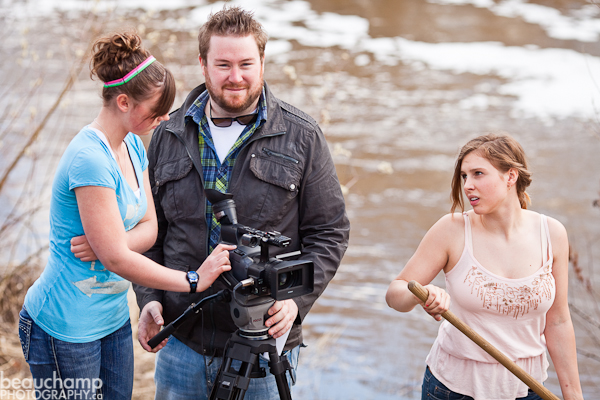 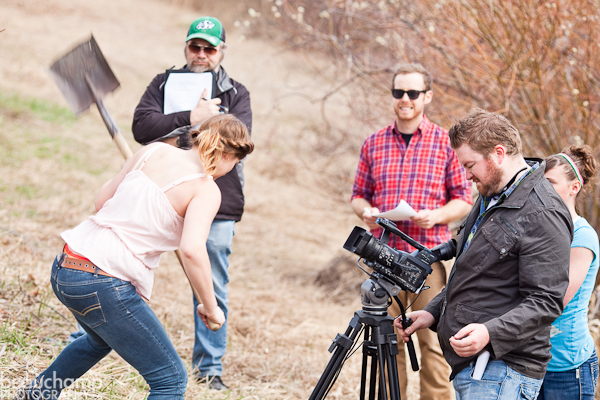 More shovel murder. This is the close-up, I think. 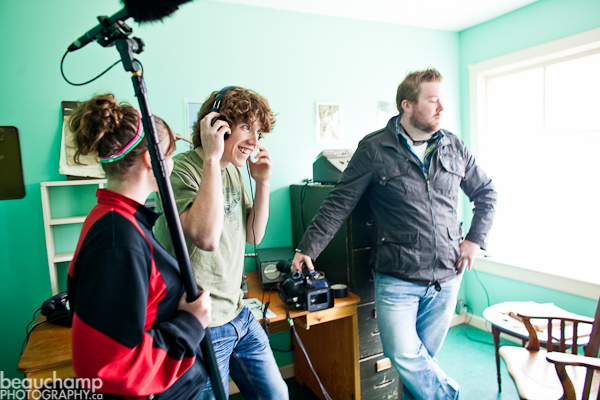 In the afternoon, the group wrapped outdoor shooting, and moved into some of the historic buildings at the Museum. 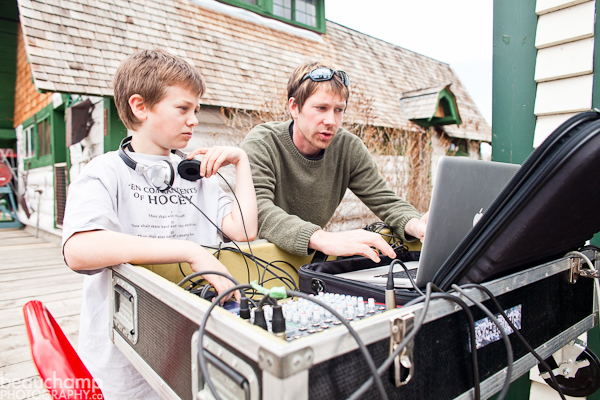 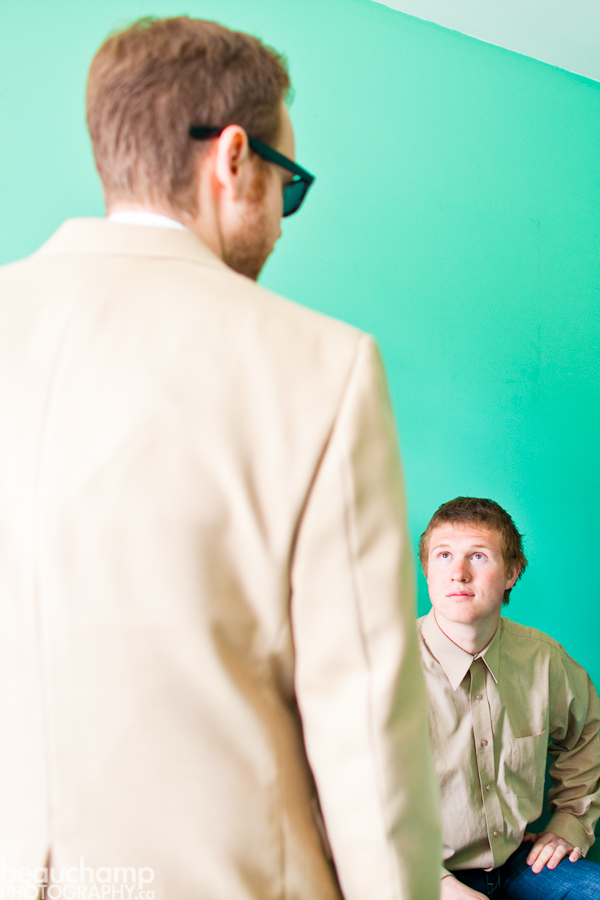 One of these characters is playing a divinity, but you'll have to attend one of the Best of the Fest screenings on Sunday to see which one. All three student workshop films will be screened. Check it out!

Youth Film Mentorship Project
February 7, 2013
Movie Watch: This Year’s Student Films
May 29, 2012
Classical Music Shorts
January 18, 2012
10 Tips For Submitting to Festivals
December 2, 2011
Student films worth watching
May 31, 2011
Winner of Audience Choice Award
May 17, 2011
Go to Top
This website uses cookies to remember users and understand ways to enhance their experience.
Some cookies are essential, others help us improve your experience by providing insights into how the site is used.
Cookie settingsACCEPT ALL REJECT
Manage consent