Crowdfunding campaigns for 2 filmmakers from the 2014 fest

Two filmmakers who had films in our 2014 fest are using crowdfunding campaigns to raise money for their next projects. Not only are the projects interesting on their own merits (I’ve contributed to both), but they’re about as different as they can be (one’s a children’s Christmas TV special and the other is a horror short film) and they’re on competing platforms (Indiegogo and Kickstarter respectively). So if you’re a fan of Alison Parker’s The Magic Ferret which was in our Magic Time (Grade 1-3) package, or if you’re a fan of Jesse Burk’s One Please which was in our Pizza Party & Psycho Shorts package, or if you’re considering a crowdfunding campaign for your next project, read on. 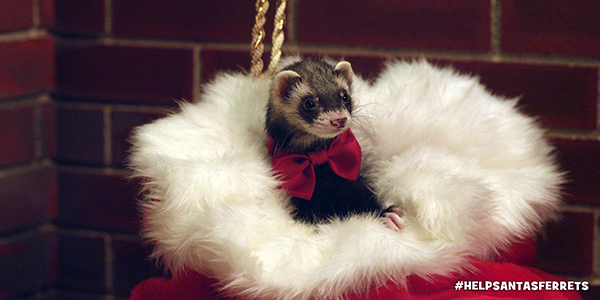 There’s not much time left – only until 11:59 pm PT tonight – to contribute as little as $10 US or as much as $1,000 US to Santa’s Little Ferrets directed by Alison Parker. This is a “Christmas TV Special that tells the story of how Santa Claus really delivers the presents on Christmas Eve – with the help of three highly trained ferrets!” Click on the link to see what perks you’ll receive at the 12 different contribution levels. Private investors provided enough funding for production – filming started on July 24th and finished on July 31st – so the goal of the $15,000 campaign is to raise $2,500 for film festival submission fees, $2,500 for DVD duplication and packaging, $5,000 for web design and marketing, $3,000 for merchandise production, and $2,000 for music clearance rights. The campaign has already surpassed its goal, but there are still perks available that you may want to consider.

Alison used Indiegogo to raise funds for her previous award-winning short films: $13,055 US for Jake & Jasper: A Ferret Tale and $15,135 US for The Magic Ferret, both of which had goals of $10,000 US, so Santa’s Little Ferrets is her third successful crowdfunding campaign on Indiegogo. When I asked her by email what made her choose Indiegogo over Kickstarter or any of the other crowdfunding platforms, she replied, “I have chosen again to use Indiegogo for a few reasons, one of them being the option of flexible funding, meaning we can keep all the money raised. Kickstarter does not have this option. If your film cannot be made unless you reach your goal anyways, Kickstarter is a great option. But Indiegogo ALSO offers fixed funding if you’d like to take that all-or-nothing approach. Kickstarter does not take PayPal and, from my experience, many previous funders have used this payment option. So I decided to use Indiegogo because it was best suited for my needs, but every project is different and I highly recommend people do their research on both platforms before deciding which to use.” While Alison is a Vancouver filmmaker and Santa’s Little Ferrets is a Canadian production, the only currency that can be used on Indiegogo or Kickstarter is the US$. 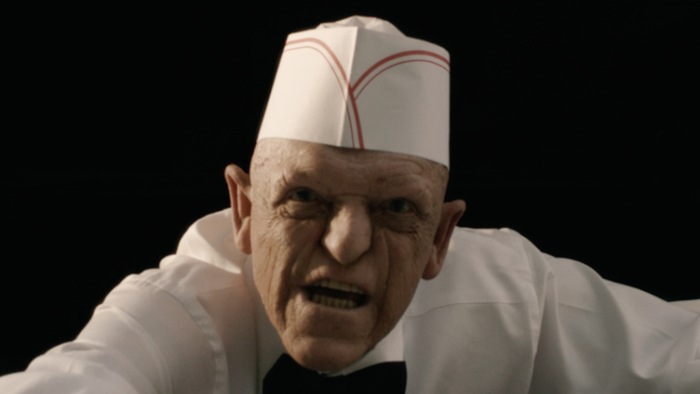 The other crowdfunding campaign to consider is a “twisted little sequel” to One Please which was Jesse Burks’ first short film to do the festival circuit. It’s done very well since its premiere in 2014, screening at multiple festivals in the US, Canada, and the UK. Jesse and his producers self-funded that film, but they decided to try raising $18,000 on Kickstarter for the sequel. That attempt was unsuccessful, and it’s very interesting to read on their Kickstarter campaign about the changes between that first campaign and their current campaign to raise $6,600 for Two Please starring Michael Berryman who is a “late 1970s horror genre icon” best known for his performance as Pluto in The Hills Have Eyes and as Ellis in One Flew Over the Cuckoo’s Nest. The 10 pledge levels start at $2 US and go up to $1,000 US, and they’re two-thirds of the way to reaching their goal with 33 days left in the 2-month campaign! I snagged the last of the One Please posters signed by Michael Berryman but perhaps more will be made available before the campaign ends on September 17.

While Alison began her career in the film industry as a sound engineer and editor before turning her focus in 2010 to directing her own films, Jesse’s career path is not what one would expect. According to his bio in the One Please press kit, he’s “actually a practicing surgeon in Little Rock, Arsansas. He has several post-graduate degrees, completed a surgical residency, and a trauma surgery fellowship in Austria, none of which have really anything to do with his filmmaking,” but it does explain how “he’s not afraid to put pooling blood or uncomfortable crunching sounds in a movie.” 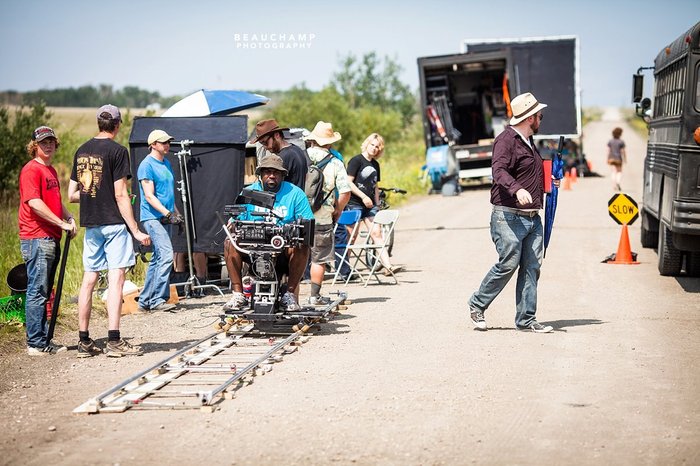 One of the films that our festival produced was also involved in a crowdfunding campaign. The Horizon Project, which is the short film created during a two-week internship project called Shoot for Reel, had a successful Kickstarter campaign. Director Scott Belyea and Producer Dave Rice raised $11,521 by the January 5, 2013 deadline to reach the goal of $10,110 for post-production funding.

I had the good fortune of listening to Film Producer and Kickstarter Film Program Director Elisabeth Holm speak during a panel called Kickstarter School (A Primer on Fan Funding) on September 20, 2013 as part of the Calgary International Film Festival. She explained that Kickstarter is a way to fund creative projects and she gave an overview of what kinds of projects can use the platform and under what rules. She said there are three key levels for pledges: up to $10 is the level where the curious will enter; $25 is the most common pledge (e.g. for a digital download), and $100 is the level that generates the most funding. At this level and higher, the associated rewards are for unique experiences. She gave an example of someone paying $750 to be the slate guy on the last day of shooting and being the one to say “that’s a wrap.” Certainly, the most well known film to be funded by a Kickstarter campaign is the Veronica Mars movie which had a goal of raising $2 million but raised almost three times that much – $5.7 million by the deadline of April 12, 2013.

But crowdfunding is about more than money. It’s about building a community of fans who want to see your work. They will prepay for the DVD now so that you can actually make the film, rather than your having to find the money to make the film and then sell the DVD. It gets rid of the middle man in both funding and distribution. I remember seeing Allison chat with someone in the audience long after everyone else had left the theatre. She introduced me and said the woman she was talking to had contributed to the Indiegogo campaign to fund The Magic Ferret, and she’d traveled to the festival to see it. It was a special moment for all three of us because I believe film festivals play a critically important role in helping to build a community of fans for their filmmakers, and having a loyal fan travel to our fest to see the film and meet the director also showed the benefit that such a community provides for a film festival as well.

Kickstarter Campaign for The Horizon Project
December 24, 2012
Go to Top
This website uses cookies to remember users and understand ways to enhance their experience.
Some cookies are essential, others help us improve your experience by providing insights into how the site is used.
Cookie settingsACCEPT ALL REJECT
Manage consent