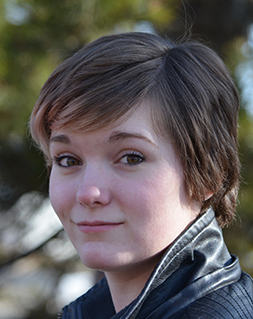 Devon Burbank is a recent St. Joseph Catholic High School graduate. She was introduced to filmmaking during the festival-produced The Horizon Project directed by Scott Belyea. Due to the remarkable experience on set, Devon and four friends created the Grande Prairie Youth Film Club. House Call, the short film she wrote, directed, and produced, was the first film produced by the GPYFC. It screened at the 2013 festival.

Devon also was involved with another local film Sophia, directed by Rory Mells, which screened at the 2013 Reel Shorts Film Festival as well as the Edmonton International Film Festival. The film was nominated for a 2014 Alberta Film & Television Award.

Devon is the Writer/Producer/Director of The Visitor which is in the Pizza Party & Psycho Shorts package at 11:30 pm on Fri, May 9 at the Jan Cinema.