Thanks to the incredibly talented Chris Beauchamp of Beauchamp Creative, we have the coolest fest poster that I’ve ever seen! It totally captures the spirit of the fest-produced films we’ll be presenting: The Horizon Project on opening night which was shot during the Shoot for Reel internship program last summer, and the film that will be created during the Youth Film Mentorship Project which will screen on the last day of the fest. In between those films, we’ll present a stellar selection of 100 or so of the best short films from around the world, across Canada, and here in the Peace Region, and add to our reputation for “consistently great programming.” 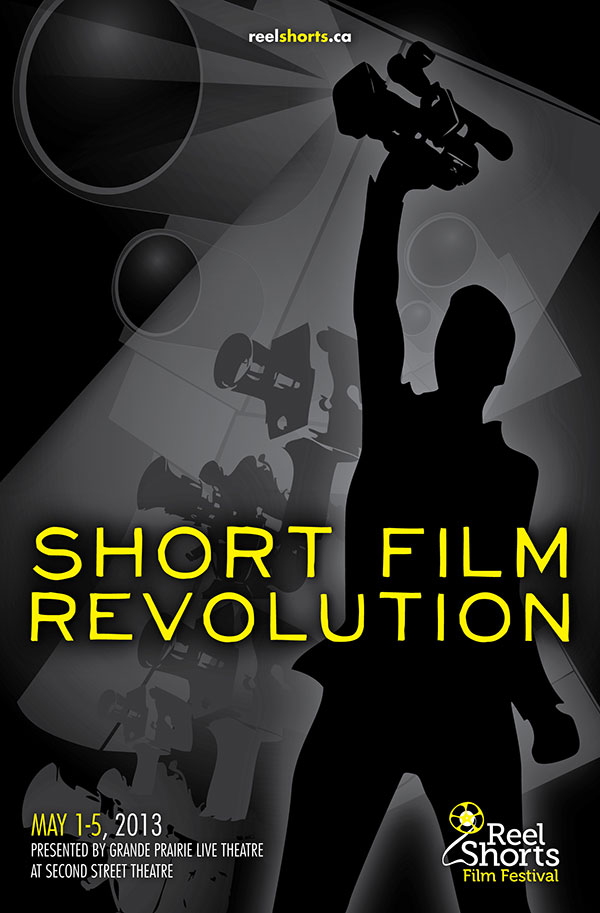 Reel Shorts Added to Academy (ACCT) Approved Fests
September 2, 2013
Winner of 2013 Audience Choice Award
May 11, 2013
Editing for Filmmakers workshop
April 27, 2013
School Program
April 23, 2013
2013 Program
April 17, 2013
Screenwriting Competition
April 8, 2013
Go to Top
This website uses cookies to remember users and understand ways to enhance their experience.
Some cookies are essential, others help us improve your experience by providing insights into how the site is used.
Cookie settingsACCEPT ALL REJECT
Manage consent