The second feature film in this year’s GPLT Movie Series is Force Majeure screening at Grande Prairie Live Theatre at 7:00 pm, Sunday, Jan 18 – check out the trailer below. It has won multiple awards including the Critics Choice Award for Best Foreign Language Film awarded by the Broadcast Film Critics Association and the Un Certain Regard Jury Prize at the Cannes Film Festival. It’s a drama about a family on a ski holiday. While eating lunch on a patio, their safety is threatened by an avalanche. The father runs from danger, leaving his wife and children to fend for themselves. Writer/Director Ruben Ã–stlund creates an emotional avalanche in the aftermath of the physical one that leaves them untouched.

The film has a Canadian connection. As quoted in Katherine Monk’s Oct 5 Postmedia News review, Ã–stlund says â€œThe location is the French Alps and the whole family is actually Norwegian, but we actually shot the avalanche in British Columbia, and the restaurant is on a sound stage in Sweden.â€ Monk gave the film 4 stars out of 5. She writes: “As family satire, Force Majeure is brilliant. As deconstruction of the male ego, it’s ruthlessly honest, and just a little funny.”

This powerful psychological thriller is rated 14A and has dialogue in English, Swedish, and French with English subtitles where applicable. We’re able to bring it to Grande Prairie in partnership with Film Circuit, a division of TIFF. Tickets are $12 (students $6) and they can be purchased online at Grande Prairie Live Theatre or by phoning (780) 538-1616 or in person at the Box Office or at the door. 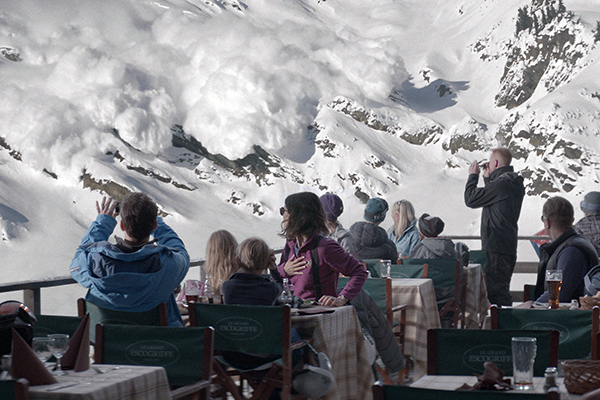