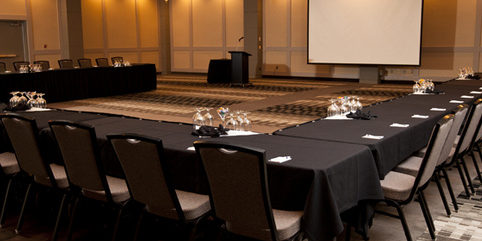 This game-changing narrative screenwriting workshop is presented by ESIO (Edmonton Screen Industries Office) with support from TELUS STORYHIVE to enhance the storytelling and note-giving skills of emerging writers, producers, and filmmakers who are working on short films, documentaries, feature films, or TV series.

From idea through execution, Script Boot Camp will boost the core storytelling skills needed for creating compelling screenplays. It is designed for emerging screenwriters to develop their craft and careers, and for emerging producers/filmmakers to develop their screenplay analysis and constructive note-giving skills. Key aspects of strong technique will be covered including the interplay between riveting narrative, nuanced character development, theme, and pace.

Sustaining a page-turner approach throughout the writing process will be emphasized along with hacks for greater productivity and pitch-ability. Universal story principles that elevate a good idea to a great script will be explored within the context of multiple screen formats from “award season” features to breakout hit series to character-driven documentaries and shorts. Familiarity of genre complemented by the writer’s own ‘fresh voice’ will also be discussed with a view to enhanced commerciality.

Workshop leader Lila Z Rose has created and/or developed numerous award-winning, number one rated programs that have sold all over the world. She was the Executive Story Editor for the documentary TV series X-WEIGHTED, which won a Gemini Award and achieved a #1 rating for original programming during her tenure. She was also the V.P. of Development and Story Consultant for the TV movie STOLEN MIRACLE, which debuted at #1 on both Lifetime and CTV.

The co-creator of two animated series, ROBOROACH and CARL², Lila has worked on a wide range of genres during a career that spans screen, stage, print, and music. Her memoir, A HOT SAILOR, A COLD MARGARITA, and … TROUBLE, was featured by Indigo/Chapters and the screenplay was optioned by filmmaker Lewaa Nasserdeen (The Goldbergs, The Real O’Neals, and Baby Blues). As the Associate Producer of the prime time drama series Madison, Lila was part of a creative team that garnered over twenty international awards. She consults with writers and producers in both Canada and the U.S.

Set Up a Stop-Motion Animation Studio With Ease
May 27, 2020