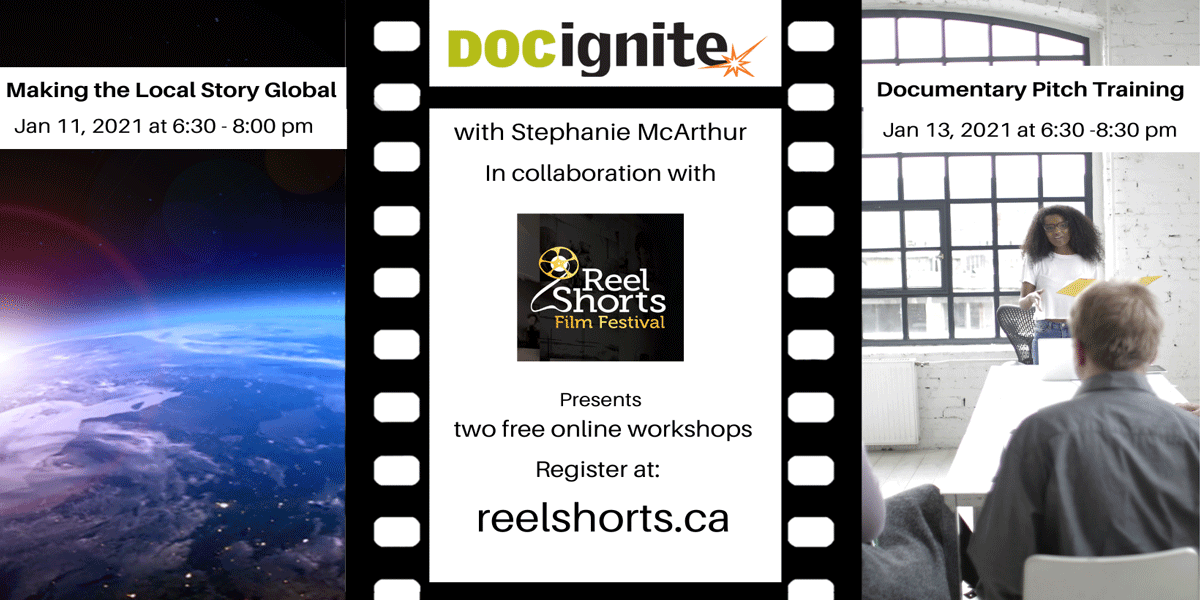 These Doc Ignite workshops are presented by Hot Docs, in collaboration with the Reel Shorts Film Festival, and are generously supported by Netflix.

“The paradox of arriving at a truly universal story is often found in its specificity.” Stories can travel across borders, cultures, languages and barriers, so why do they sometimes feel like they won’t leave our backyard? In this presentation and interactive activity, take away critical tools to lift your local story to international markets and make it accessible to global audiences.

From the Hot Docs Forum table, to the offices of funders or over cocktails at the next festival, pitching your film is an inescapable aspect of our industry. Hot Docs documentary pitch training workshop will teach you the ropes to successfully create and perform a portfolio of different pitches for your film.

Julian Carrington is an industry programmer with the Hot Docs Canadian International Documentary Festival. He oversees Distribution Rendezvous, a curated one-on-one pitch series that pairs industry decision-makers with producers seeking distribution, and the Doc Shop, Hot Docs’ online documentary marketplace. Prior to joining Hot Docs, Julian managed the Documentary Organization of Canada’s Festival Concierge service. In that capacity, he supported independent filmmakers in developing distribution and audience-engagement strategies and promoted Canadian documentaries at festivals around the world. Julian also serves as a film programmer for Toronto’s Planet in Focus Environmental Film Festival, and previously served as an associate programmer at the Toronto International Film Festival.

Stephanie McArthur is a thirteen-year veteran of industry programming at Hot Docs Canadian International Documentary Festival, North America’s largest documentary festival and market. In her role as Senior Industry Programs Manager, Stephanie oversees many of Hot Docs’ initiatives for emerging creators including emerging filmmaker program Doc Accelerator, Hot Docs’ Podcast Development Lab, and Hot Docs’ Doc Ignite workshops. She also manages Hot Docs’ International Delegation program which welcomes hundreds of international industry to the festival each year. Previously she worked in Singapore as Associate Producer of the Asia Factual Forum (2007); was Head of Programming for the inaugural DocFest Stratford (2008); and served a four-year term on the Toronto Fringe Festival Best of the Fest Jury beginning in 2007.

Set Up a Stop-Motion Animation Studio With Ease
May 27, 2020