Set Up a Stop-Motion Animation Studio With Ease 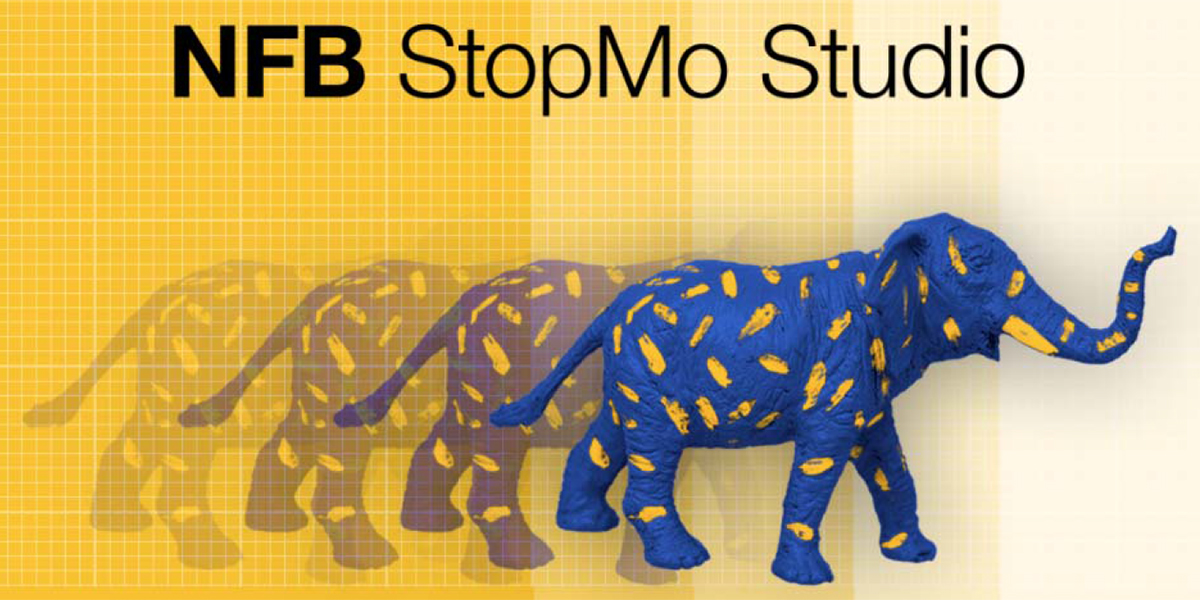 Until June 30, 2020, the NFB StopMo Studio can be downloaded for FREE. Use stop-motion animation to encourage your kids or students (or yourself) to explore a different way of creating and sharing experiences through storytelling. The app requires iOS10/iPad 2 and above. It’s designed for both casual and experienced users. Click here for more information and a link to download on the Apple App Store. For a brief overview, watch this 1-minute video.

Stop Motion Studio is the software we used for the Stop-Motion Animation workshop taught by award-winning Toronto stop-motion director and animator Evan DeRushie during a weekend claymation workshop May 4-5, 2019 prior to the 13th Reel Shorts Film Festival May 6-13, 2019. Scroll down to watch the fun 2-minute video created by the workshop participants and to watch Evan’s award-winning short film Birdlime which screened in the Fire & Ice (Gr 6-9) package at the 2018 Reel Shorts Film Festival.

Stop Motion Studio is available for iOS, macOS, Android, and Windows. Create and edit projects on any device. Start a project on one device and finish it on another. A Free Trial version is available for iPhone, iPad, iPod as well as Android and Chromebooks. Prices for the paid version are $4.99 for iPhone, iPad, iPod, Android and Chromebooks, and $9.99 for the Mac and Windows. Click here for more details.

Stop Motion Studio in the Classroom provides discounts for schools in the Volume Purchase Program as well as Tips and Resources for classroom use.

Stop-motion animation can be done with a device that captures images, the Stop Motion Studio software (or similar), and a tripod. For a sample of fun methods to try at home or at school, check out this 4-minute TED-Ed video in which a tablet, tripod, friends, and imagination were used to create some homemade special effects.

Thanks so much to Lisa Bennett of Rare Island Media for this photo and many others she took at the 2019 Reel Shorts Film Festival! 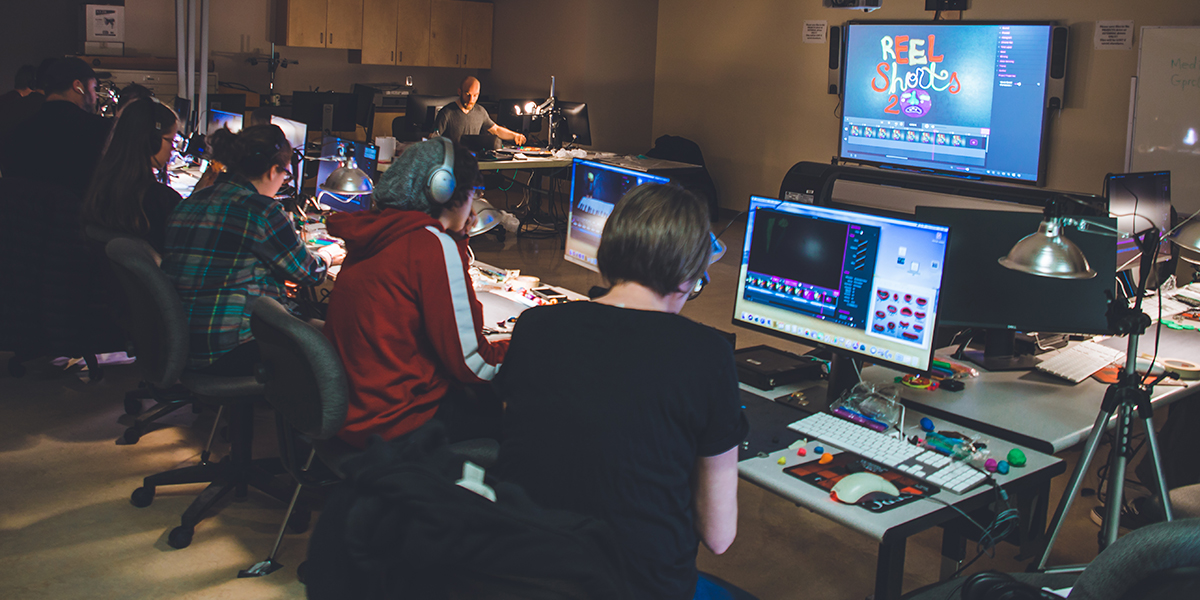 GPRC provided their Fine Arts Computer Lab which had the following:

This is Birdlime directed and animated by our workshop instructor, Evan DeRushie, which screened in the 2018 Fire & Ice (Gr 6-9) package.

Big Mouth (5+), an 8-minute NFB (National Film Board) film from Canada written, directed, and animated by Andrea Dorfman that screened in the 2013 Flights of Imagination (Gr 1-3) package:
https://www.nfb.ca/film/big_mouth/

Shaun the Sheep – Still Life (G), a 6-minute film from the United Kingdom directed by Christopher Sadler that screened in the 2008 Little Gorillas package for elementary school students:
https://vimeo.com/44987802

The Necktie (PG), a 12-minute NFB (National Film Board) film from Canada written, directed, and animated by Jean-François Lévesque that screened in the 2009 Digging the Arts package for junior high students:
http://www.nfb.ca/film/necktie/

Flawed (PG, Nudity), a 12-minute NFB (National Film Board) film from Canada written, directed, and animated by Andrea Dorfman that screened in the 2011 Cross the Line package for junior high students.

Bottle (G), a 5-minute film from the United States written, directed, and animated by Kirsten Lepore that screened in the 2012 Light the Way package for high school students.

Fresh Guacamole (5+), a 2-minute film from the United States written and directed by Adam Pesapane (PES) that screened in the 2013 Oscar Animated Shorts package.

Madame Tutli-Putli (14+ Crude Content), a 17-minute NFB (National Film Board) film from Canada written and directed by Chris Lavis and Maciek Szczerbowski that screened in the 2008 Oscar Animated Shorts package.