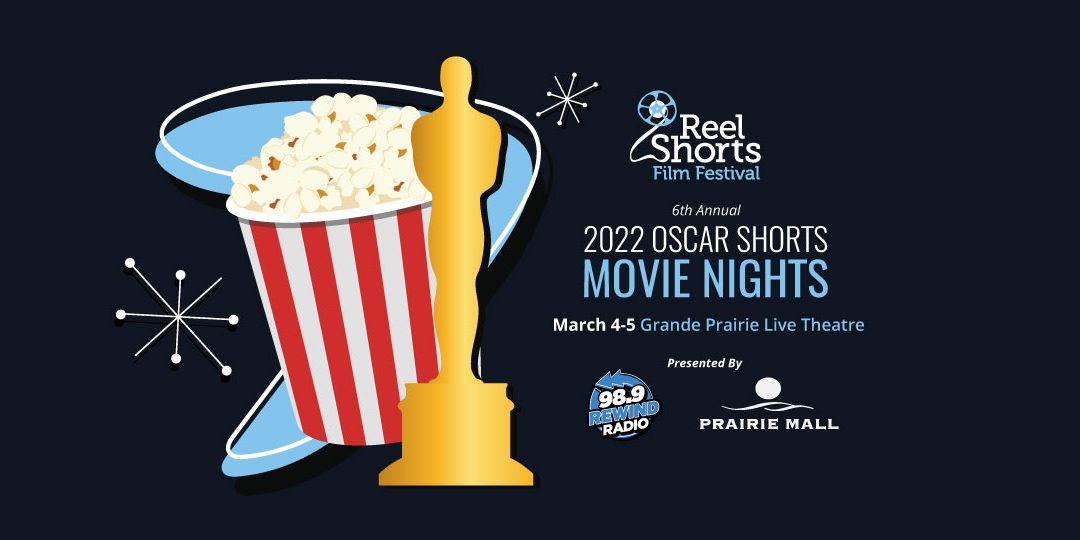 Test your Academy Award predicting abilities on Friday, March 4 and Saturday, March 5 at the Oscar Shorts presented by Rewind Radio and the Prairie Mall. Prizes to be won are valued at $650 including $300 in Prairie Mall gift cards!

Cinematically travel the world by seeing all ten Oscar-nominated animated and live action short films which take place in Asia (Kyrgyzstan), Europe (Denmark, Poland, Russia, Spain, UK), North America (USA), and South America (Chile). One of the UK films (Affairs of the Art) was co-produced by the NFB (National Film Board of Canada).

Huge thank you to Jacqueline at Rebel Bent for the fabulous graphic design work for this year’s Oscar Shorts!

Immense thank you to Marcus at Image Design for setting up our membership registration system!

Tickets are no longer available, but we’ll do it again next year!

Please Hold is a 19-minute film from the US directed by K.D. Dávila

Watch one of the Oscar-nominated documentary shorts below (The Queen of Basketball). If you have Netflix, click on these links to watch three of the other nominated films. Only When We Were Bullies is currently unavailable to stream online.

Oscar Shorts on Saturday Feb 25
February 9, 2017
Go to Top
This website uses cookies to remember users and understand ways to enhance their experience.
Some cookies are essential, others help us improve your experience by providing insights into how the site is used.
Cookie settingsACCEPT ALL REJECT
Manage consent