Day 1 was all about expecting the unexpected. The schedule had shown Day 1 would be spent in a second-floor classroom learning camera and gear. Then the guys decided it made more sense to take the interns out to the gear than haul the gear up to the classroom. While dressed for an air-conditioned classroom, the interns ended up spending hours under a blazing sun as the temperature hit 31Â°C. 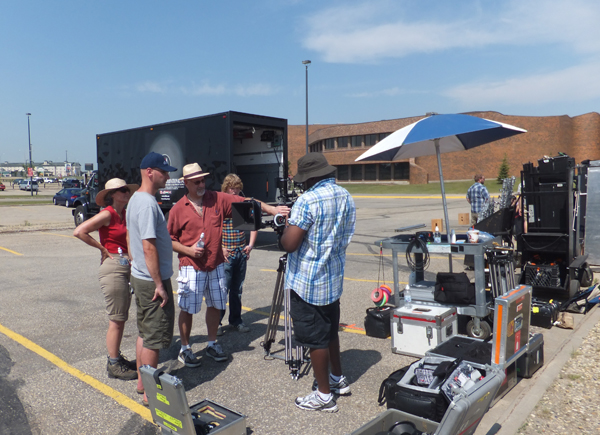 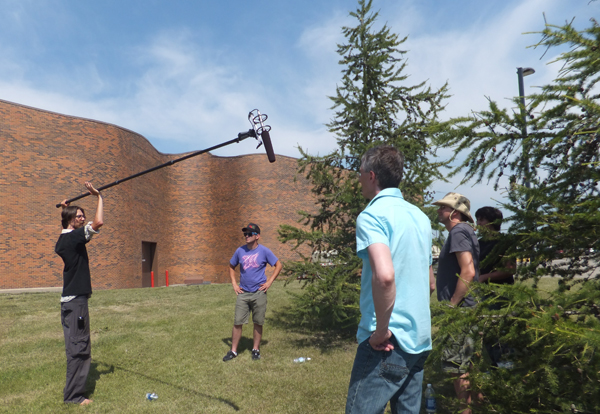 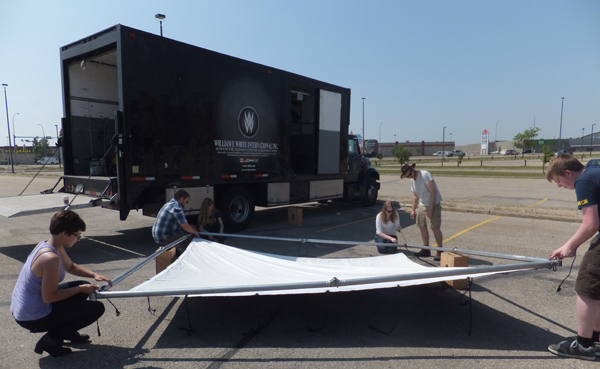 The grips had the best of it as they built themselves some shade. At the corners are the interns (from left) Rebeka Binder, Kyra Plontke, Jasmyn Duby, and Eric Durnford while Matt Reed (back left) and Scooter Corkle (back right) give feedback on technique. 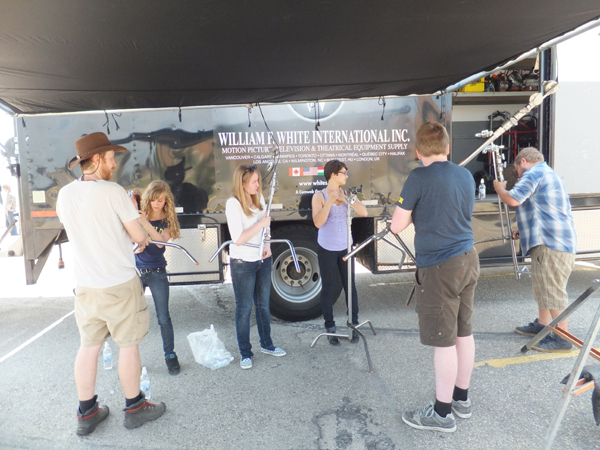 Shaded from the sun, (from left) Kyra, Jasmyn, Rebeka, and Eric follow the directions of Scooter (far left) and Matt (far right).Â  While it was generally agreed that grips need brawn, they also need brains to creatively solve problems while maintaining a safe set.

After each group moved through camera, grip, and sound gear training, everyone returned to the classroom to cool off and wrap up Day 1.Â  Tomorrow they move on to Location 1 for set dec (decoration) and more training, while at the college the actors will start rehearsing.