I love short films! Remarkably, they are like short stories. They pack a lot of “punch” in a limited amount of time. And you get to view a whole bunch in the same time you would view a full length feature film!

On Saturday October 1, at 1:30 pm at Second Street Theatre, you will have a chance to view 4 entertaining films in the Reel Shorts Sneak Preview package. FREE ADMISSION to this 75-minute package including filmmaker Q&A. Included is a 2011 Reel Shorts festival favourite titled The Driving Accident. Only 5 minutes in length, I guarantee the film will bring a smile to your face. The story is about a young boy, played by Skyler Fitch, who has to use his creativity to overcome an accident. It was one of my favourite films from this yearâ€™s festival. Peace Region filmmaker, Rio Fitch, won Best Family Film at the â€œ15 Minutes of Fame Film Festivalâ€ and was short-listed for another award. As an added bonus, father and son will be attending a Q&A session after the screening!

Plus we are including advance screenings of 3 arts-related films that will be in the 2012 festival. While two of the films are family-friendly, there is one (Not Your Time) that has coarse language and another (The Interview) that includes images of a post-apocalyptic world that may be considered unsuitable for young children.

And here are more details about the films. 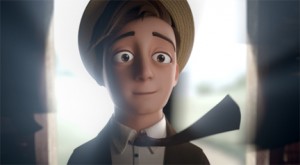 USA, 2010, 17 minutes
Writer/Co-Director William Joyce & Co-Director Brandon Oldenburg
This award-winning film is a gorgeously animated allegory about the transformative power of story. Inspired by Hurricane Katrina, Buster Keaton, The Wizard of Oz, and a love for books, award-winning author/illustrator William Joyce and Co-Director Brandon Oldenburg use a variety of techniques (miniatures, computer animation, and 2D animation) to present a poignant, humorous story that harkens back to silent films and MGM Technicolor musicals. Won Audience Favorite Award for Animated Shorts at the 2011 Palm Springs International ShortFest among many other awards. 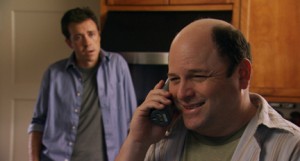 USA, 2010, 25 minutes
Writer/Director/Producer Jay Kamen
This award-winning musical comedy stars Jason Alexander (George from Seinfeld) as a long-suffering screenwriter who makes a round of calls to the Hollywood elite with drastic results.Â  In this semi-autobiographical film by Sony staff editor Jay Kamen, all of the Hollywood executives, directors and producers portrayed are played by themselves: Amy Pascal, Sid Ganis, Joe Roth, Stuart Cornfield, Lawrence Mark, Amy Heckerling, Neal Israel, and Chris Buck.Â  Won Best Short Film at the 2011 Boston International Film Festival among other awards. 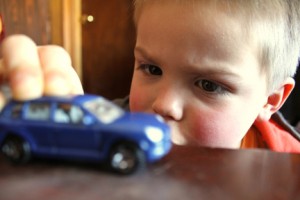 Rolla, BC, 2010, 5 minutes
Writer/Director/Editor Rio Fitch
A festival favourite from the 2011 Reel Shorts Film Festival, this Peace Region gem about a young boy who must use his wits and creativity to recover from a minor tragedy has gone on to great success on the festival circuit including selection at the 28th Chicago International Childrenâ€™s Film Festival which is widely recognized as the major festival of films and videos for children in North America. Won Best Family Film at the 15 Minutes of Fame Film Festival in Florida.Â  Filmmaker Rio Fitch and the star of the film, his 5-year-old son Skyler, will participate in a short Q&A after the screening. 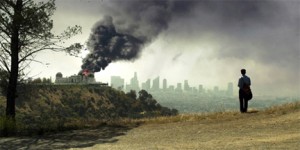 USA, 2010, 12 minutes
Director Michelle Steffes
An award-winning comedy about a young man who sets out for an interview at a radio station in a post-apocalyptic world where he may be the second-to-last man on Earth trying to get a job from the last man on Earth. It is a hilarious take on Americaâ€™s crumbling economy and job market. Won the Grand Prize for Best Fiction at USA Film Festival, qualifying it for 2011 Academy Award consideration.

Sneak Preview of 2014 Fest
September 19, 2013
Go to Top
This website uses cookies to remember users and understand ways to enhance their experience.
Some cookies are essential, others help us improve your experience by providing insights into how the site is used.
Cookie settingsACCEPT ALL REJECT
Manage consent