Whether in the modern world or a post-apocalyptic one, it’s not easy being a guy. A uniquely male perspective is presented in these 7 films that range from poignant dramas to ribald comedies. Foreign language films have English subtitles. This package is rated 14+ (Crude Content, Sexual Content, Nudity, Substance Abuse) and is not appropriate for younger teens.

Four of the 7 films have trailers/teasers – see below.

The Jacket (Die Jacke) – *Canadian premiere*
Austria, 2014, 9 minutes (German with English subtitles)
A night of flirty revelry for a new couple takes a sudden turn when a stranger asks the man about his jacket. Won Best Actor, International Competition, at the 2015 Brussels Short Film Festival.

Coach – *Alberta premiere*
France, 2014, 14 minutes
A father-son road trip to Paris to see a football match appears ruined when their car breaks down, but they can still make it to the game if they accept an invitation to join a busload of rowdy fans. Won the Special Prize of the Generation 14plus International Jury for Best Short Film at the 2015 Berlin International Film Festival.

After the End – *Alberta premiere*
UK, 2015, 11 minutes
For Rene Fustercluck, life was bad, the Apocalypse was awful, and then Gordon arrives. Perhaps the only thing worse than being the last man on earth is being the second to last man on earth!

This trailer is rated 14+ (Nudity) and has language that may offend.

A Good Feeling (De Bonnes Sensations) – *Canadian premiere*
France, 2014, 21 minutes (French with English subtitles)
A substitute masseuse has an unexpected effect on an Olympic hopeful when she inspires the first erection heâ€™s had since the accident that made him a paraplegic.

You’re Dead to Me
USA, 2013, 13 minutes (English/Spanish with English subtitles)
As a grieving Chicana mother prepares for her DÃ­a de los Muertos (Day of the Dead) celebration, an uninvited family member arrives. Won the Award for Best Theatrical Short at the 2014 Imagen Foundation Awards.

Brother (Bror) – *Canadian premiere*
Norway, 2014, 13 minutes (Norwegian with English subtitles)
When two estranged brothers meet for coffee, it becomes apparent that they both want the same thing but only one can have it.

De Smet – *Canadian premiere*
Belgium/Netherlands, 2014, 15 minutes (Flemish with English subtitles)
When a voluptuous woman moves in across the street, one of the De Smet brothers abandons the efficient routine that governs their lives. Won the Canal+ Award (International Competition) at the 2015 Clermont-Ferrand International Short Film Festival among other awards. 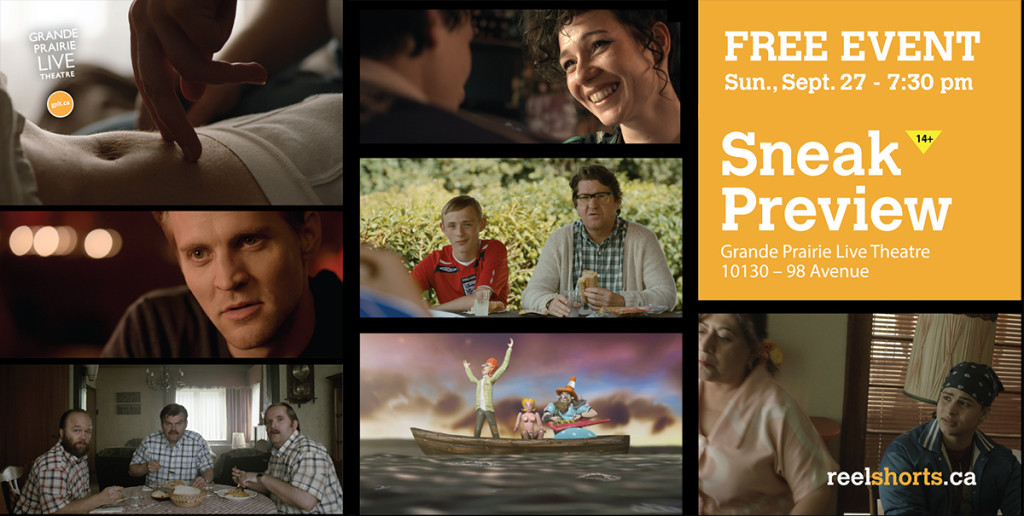