As part of Alberta Culture Days programming in the city, we are happy to present the following FREE screenings:

Sunday, Sep 28 @ 7:00 pm
GPLT (Grande Prairie Live Theatre)
Sneak Preview of the 2015 Fest, a full evening of entertainment that includes the Time Warp package which is rated 14+ (Crude Coarse Language, Violence, Substance Abuse) – see trailers below – and the world premiere of My Odd Disorder, a Grande Prairie film written, produced, and directed by Devon Burbank who also co-stars in the film. There will also be an award presentation to the winner of SCaMP (Screenplay Competition and Mentorship Program) and a table-read performance of the winning screenplay following an intermission. 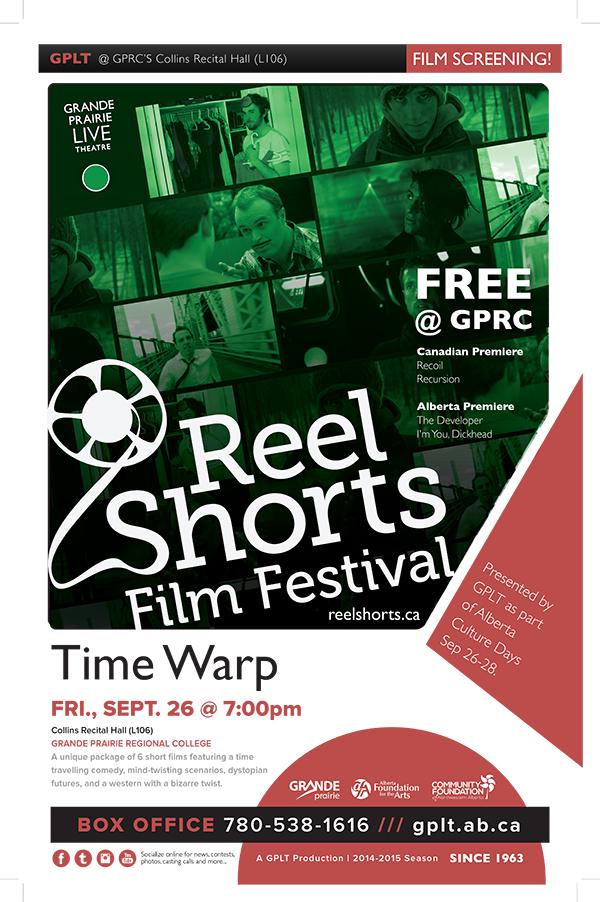 and the poster for the Sneak Preview! 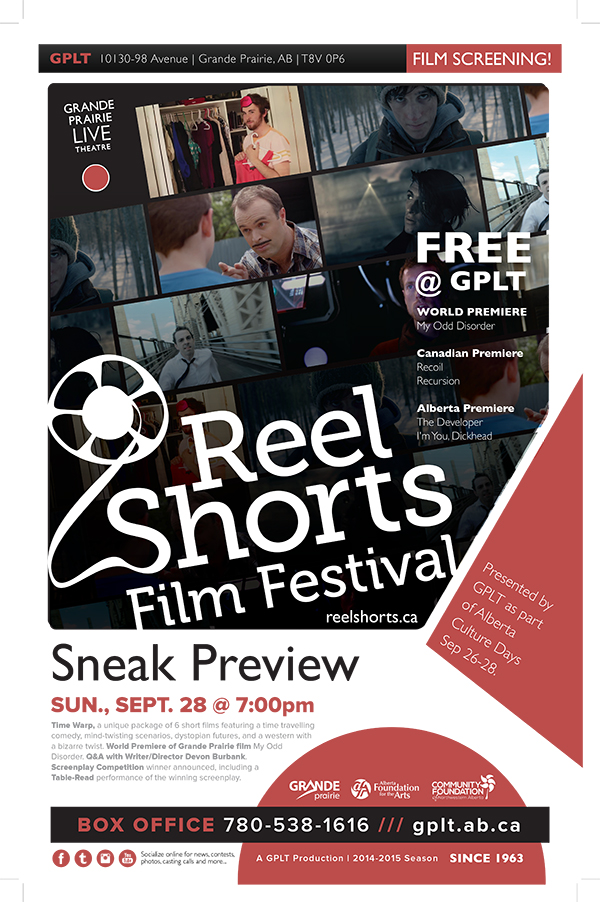