Demonetized/Wall on Sunday and On Beat Off Beat all weekend

You are here:
Alberta Culture Days 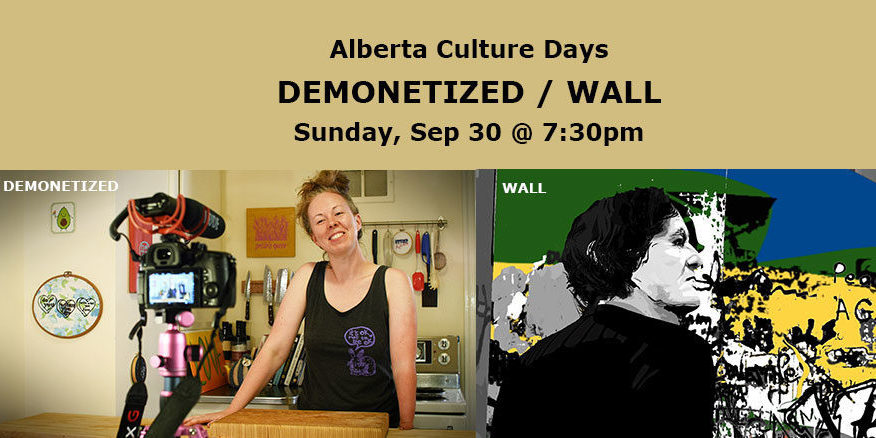 On Beat, Off Beat

Demonetized (rated G) is a 10-minute Grande Prairie documentary directed by Patrick O’Connor of Jimber Jam Studios and produced by Rew Jones of Checkered Owl Media & Arts about Internet content creators in Grande Prairie and Edmonton who were, and still are in some cases, making money with their YouTube channels. After a Q&A with these filmmaker(s), the second film will screen.

Wall (rated PG) is a 79-minute animated documentary produced by the Edmonton office of the NFB (National Film Board of Canada), directed by Calgary animator Cam Christiansen, and written by UK playwright and screenwriter David Hare about the wall separating Israel and Palestine. With powerful images, it portrays life in the shadow of the wall, the reasons it came into being, and what it means to build a wall physically and philosophically.