The entrance of the transformed bus in its first big scene. 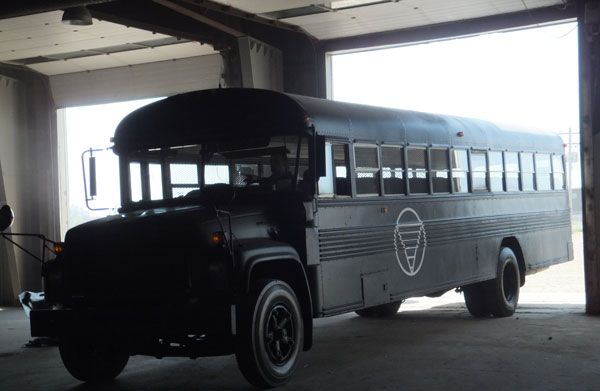 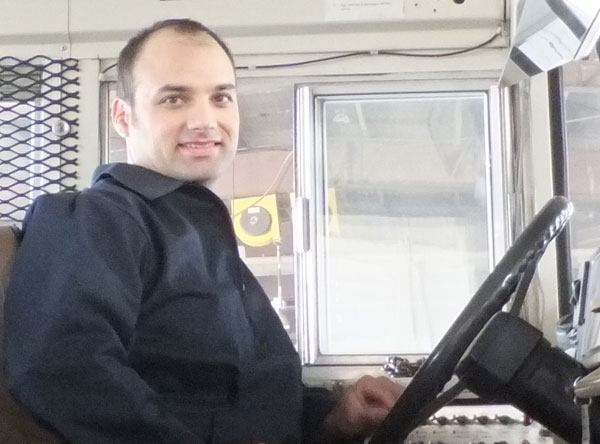 Everyone had masks on and the camera was wrapped in plastic for the shots with the bus entering the depot because of all the movie dust blown around by giant fans. 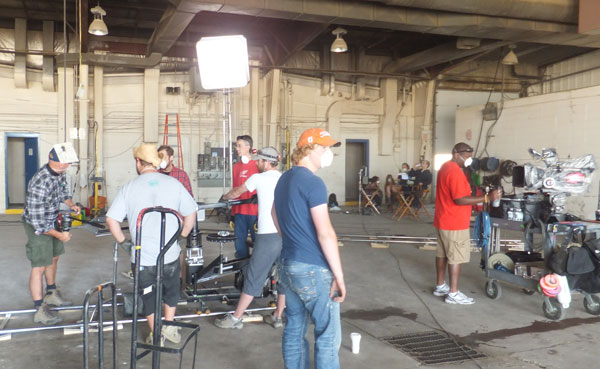 Director Scott Belyea, in a rare quiet moment, contemplates the next shot. 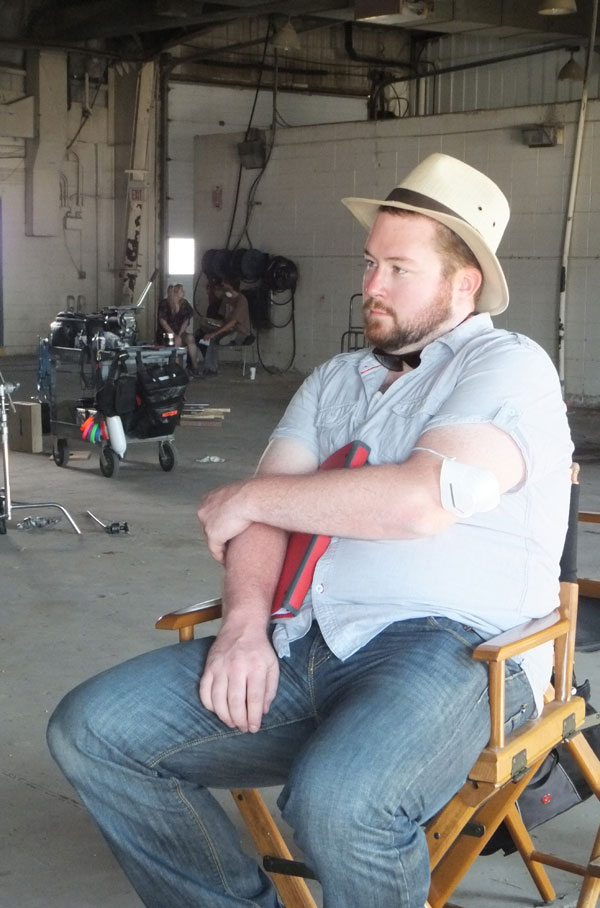 Setting up to shoot inside the bus wasn’t particularly easy, but these first few shots taken when the bus was inside the warehouse that was our bus depot location were much easier than the ones taken later on under the blazing sun. 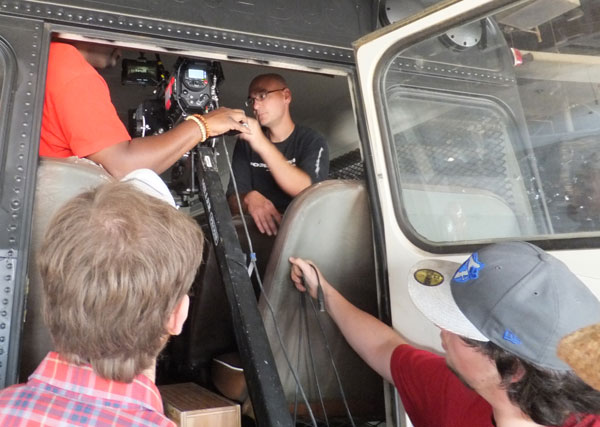 Actors playing survivors patiently wait for the crew to finish setting up for the scene where they board the bus. Their costumes look nice and clean now, but they don’t stay that way for long. 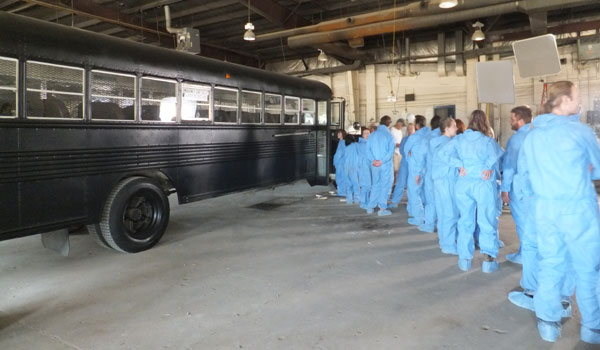 Rob Ryan (Father) and Tennyson D’Onofrio (Son) wait for their next scene. Although not related, they certainly look like there’s some family resemblance. 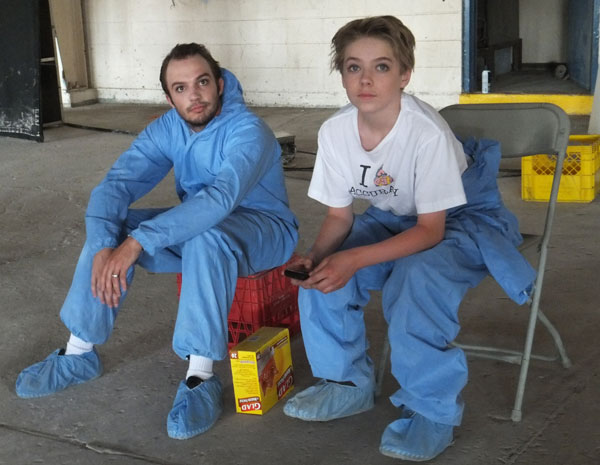 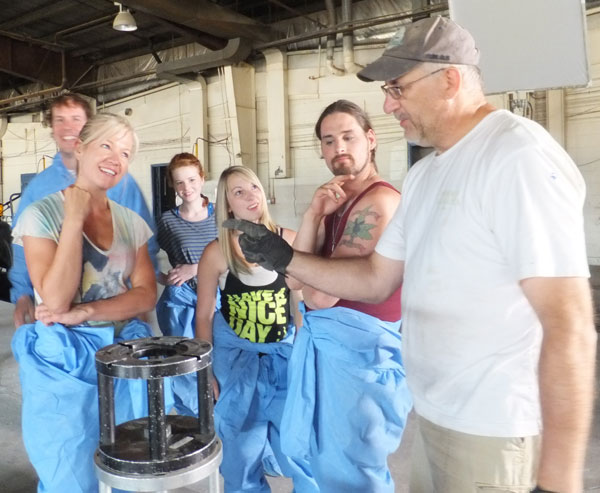 Rob and Tennyson decide to play cards while they wait. 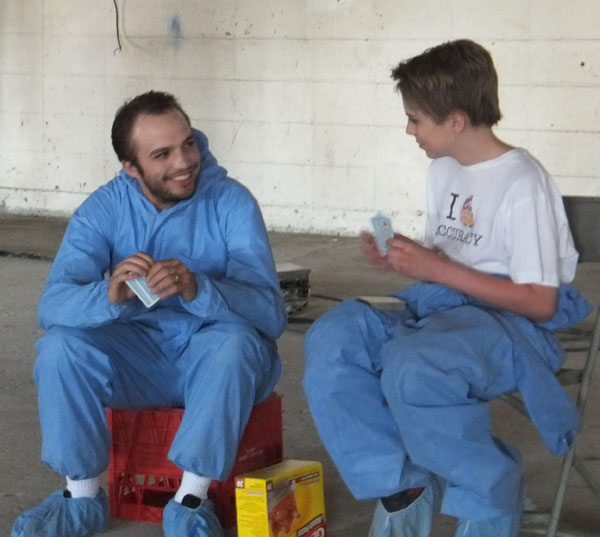 By 2 pm on Friday, we wrapped all the shots at this location. From now until shooting wraps at 3 am on Wednesday, there will be little shelter from the sun and no respite from the heat until a brief storm rolls through Tuesday afternoon.

At 9:30 pm at our new location on a County road northwest of Grande Prairie, the sun is still bright as Producer Dave Rice gets work done in the van that Greg and I lend the guys whenever they’re in town. 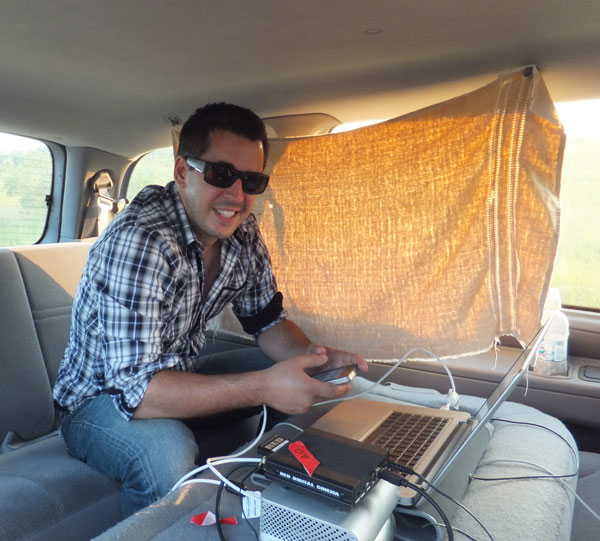 Even though our personal vehicles were parked at a farm about a kilometre away, our vehicles and gear still take up a lot of space on this quiet country road. As vehicles drove up, we explained what we were doing and then waved them through. At this time of year (only 3 weeks past the longest day), the golden hour seems to last forever. 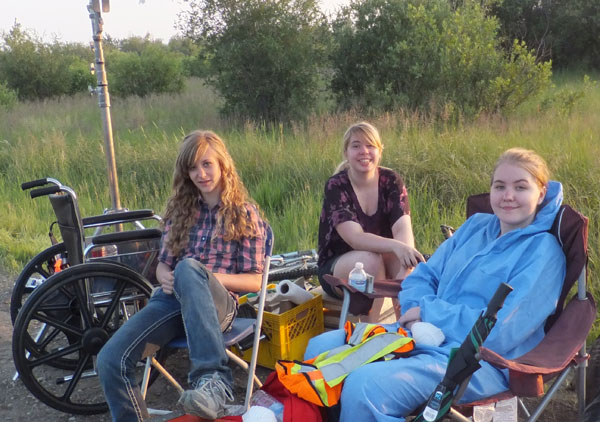 Travis Fowler (Bus Driver) enjoys some water after his “bloody” scene at the side of the road. 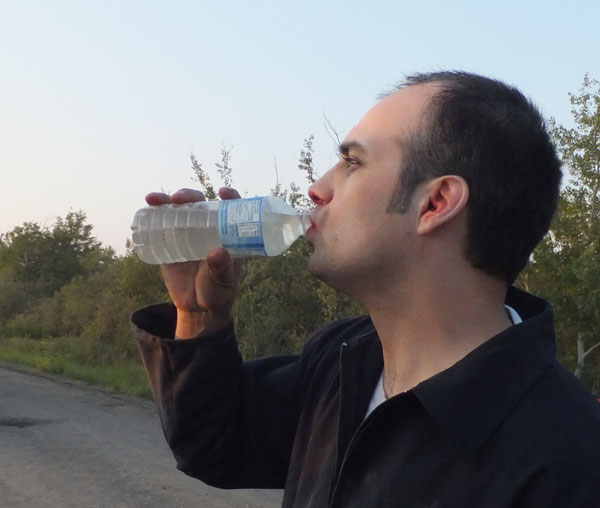 Despite the superstition associated with Friday, the 13th, the day has gone well and shooting ends at 10:10 pm with everyone still smiling: (clockwise from top left) Travis Fowler, Rob Ryan, Cam Belseth, Cam White, Dustin Shaffer, Tenille Millsap, Abby Stanley-Mella, Dale Dryer, Clint Webb, and Scott Belyea. However, shooting has not been progressing quickly enough and Saturday will be another shooting day rather than a day off as originally scheduled. Despite the heat, spirits remained high. The same could not be said for Saturday. 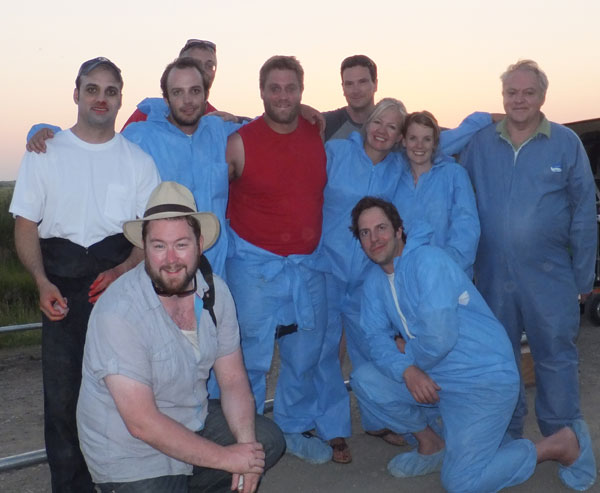