Saturday, July 14 (Day 6 of Shoot for Reel; Day 4 of shooting) starts at 9 am at the “circus”, the farmer’s field we’re using as base camp for the remainder of shooting. There were lots of cow patties so a person had to watch where they were walking. 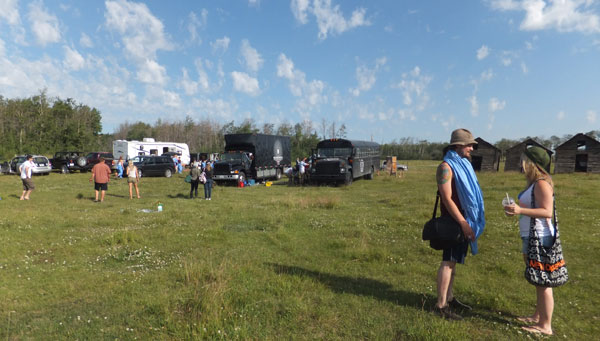 Sunburns were a common sight after yesterday’s long hours in the sun. Even though we had three bottles of sunscreen, it was difficult to keep track of things when there were 63 people on set at various times. Even with that many people, most do more than one thing. Elise Shoonerhorn, wearing her Survivor costume, also keeps track of all the other costumes when she’s not acting. 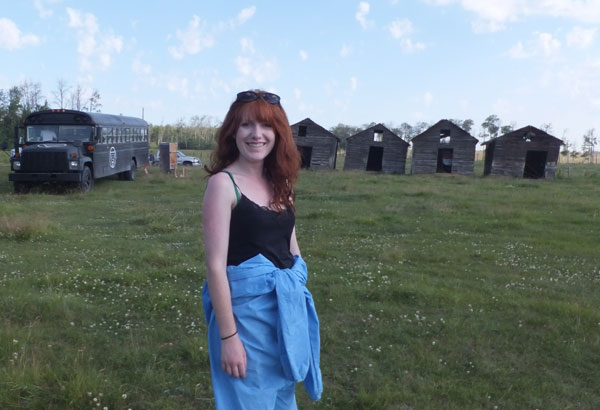 Devon Burbank stays cool in the shade of the William F. White truck. She and Elise share acting and crew positions so that, when one was in a scene, the other is in charge of costumes. 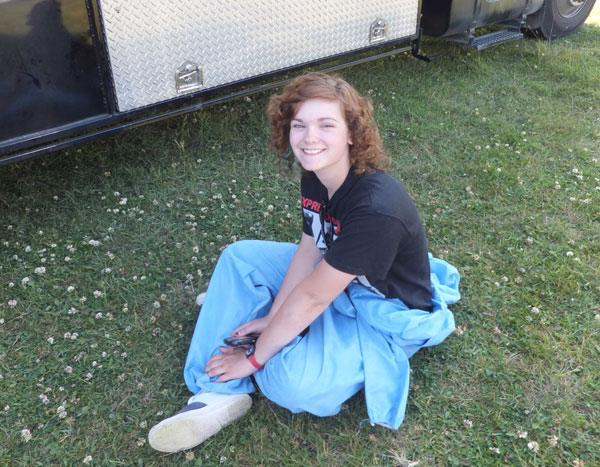 Hacky sack is a popular way for actors to pass the time while waiting for their turn in make-up. 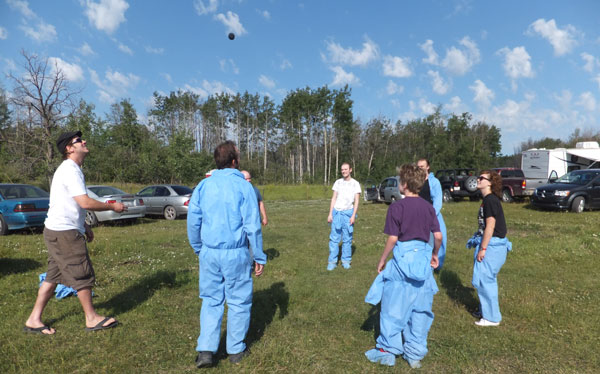 Actor Dustin Shaffer (President) became Assistant to Make-Up Artist Charity Hudak as he applies make-up to Amanda Samuelson (Daughter). Like Tennyson D’Onofrio (Son) who had a lead role in one of the Youth Filmmaking Challenge films (Private Dick) at our last fest, Amanda had a lead role in another of the films (Lovers … in a Dangerous Time). The films can be watched by clicking here. 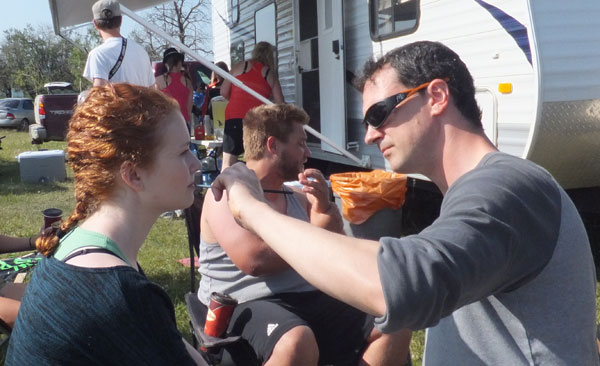 Meanwhile DOP Scooter Corkle (top centre) chats with (counterclockwise) intern Cam Belseth, intern Mark Shpur, Camera Operator Ryan Skeete, intern Chris Beauchamp, and Gaffer Matt Reed as the camera is set up for a long dolly shot along the top of the seats on the right side of the bus.

Scooter gets a bear hug from Director Scott Belyea who loves the set-up for the next shot and can’t wait to get to location to shoot it. 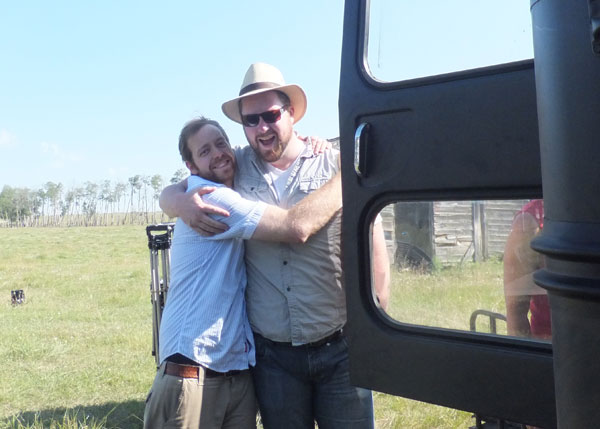 At 10:30 in the morning, we’ve moved to location and shooting is about to begin as actors Morgan Dettling and Jessica Schultz are the first to take their seats on the bus. 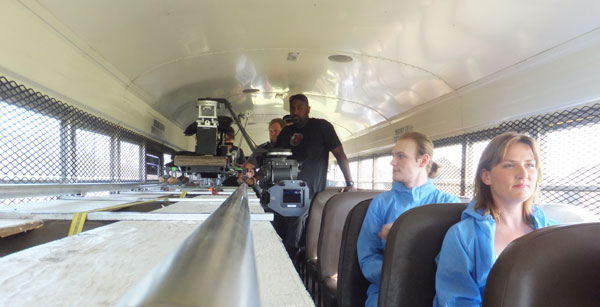 It was a sunny day and calm. The temperature reached 30 and stayed there most of the day. Imagine for a moment what it was like for the actors and crew to spend hours in a black bus parked in the sun at the side of the road, the windows and doors closed, and no air conditioning. Between takes, the back door was thrown open and a giant fan blew air into the bus. Between camera set-ups, everyone took a break in the shade of the bus and drank tons of cold water. As the ice in the coolers melted, towels were soaked in the cold water and draped around the neck of anyone showing signs of heat exhaustion. But still, except for a half-hour meal break back at the circus, actors and crew spent hours in temperatures that one can only guess at because no one brought a thermometer to see just how hot it got. 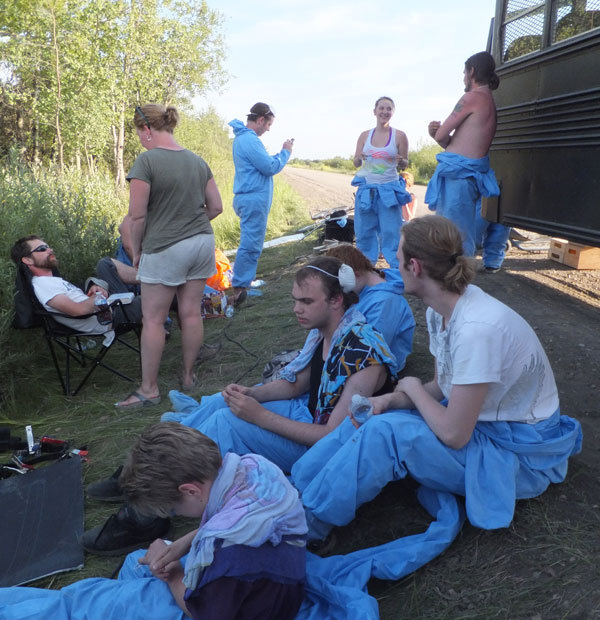 Thanks to Carolyn Horneland who kept restocking the supply of cold water, Charity Hudak’s care and medical training, and Joelle Lawton’s stack of towels she brought from home which were soaked in ice water and used to cool people down, everyone survived a shooting day from hell.

I truly wondered if anyone would come back for more of the same on Monday morning. After driving two of the interns home, I phoned Scott. He said, “I’ve had five people break down crying on my shoulder today.” I became the sixth.