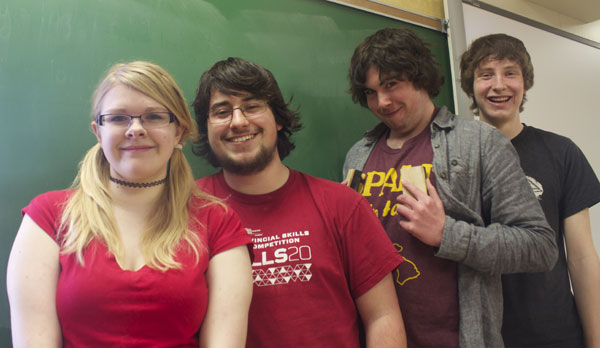 HB was the short film created during our first YFMP (Youth Film Mentorship Project) that awards a production package of $10,000 including professional mentoring to an Alberta Peace Region production team between the ages of 13 and 25. We are very grateful to have been able to provide this opportunity for Peace Region youth through funding from the Alberta government and the generous support of Encana and the Stanford Inn, our Youth Film presenting sponsors.

CIFF (Calgary International Film Festival) received 85 submissions to YYC from around the world. We are incredibly proud of Nathan for winning this award! It is an honor for our festival, our fabulous YFMP mentors (Scott Belyea, Scooter Corkle, and Michael Bourree), and everyone else who was involved in making HB.

HB will also screen at the Edmonton International Film Festival in Our Own Backyard 3 package at 2:00 pm on Sunday, Sep 29 along with three other films including festival-produced The Horizon Project and Peace Region film Sophia.

Congratulations to Peace Region filmmakers with films in CIFF and EIFF!
September 18, 2013
Casting Call for Youth Film Mentorship Film
April 6, 2013
Winners of Youth Film Mentorship Project
March 19, 2013
Go to Top
This website uses cookies to remember users and understand ways to enhance their experience.
Some cookies are essential, others help us improve your experience by providing insights into how the site is used.
Cookie settingsACCEPT ALL REJECT
Manage consent