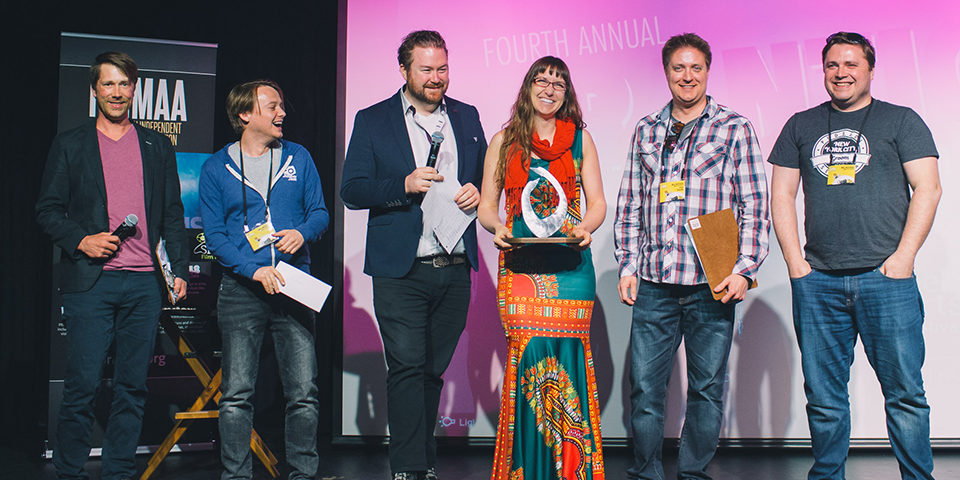 Congratulations to the award winners of the 2017 Reel Shorts Film Festival! These films were showcased in the Best of the Fest package presented by Big Country and Hansen Ford Lincoln. For a pdf of the 56-page program, click here.

Jury members (left to right) Dylan Pearce from Edmonton, Gordie Haakstad from Edmonton, and Scott Belyea from Vancouver selected the following winners from the 90 films that were eligible for juried awards: 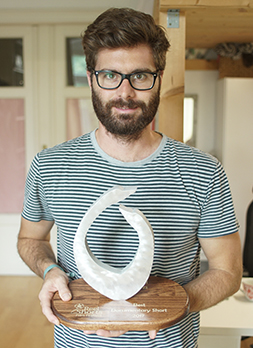 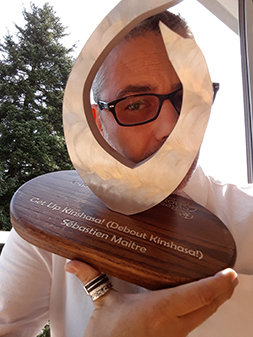 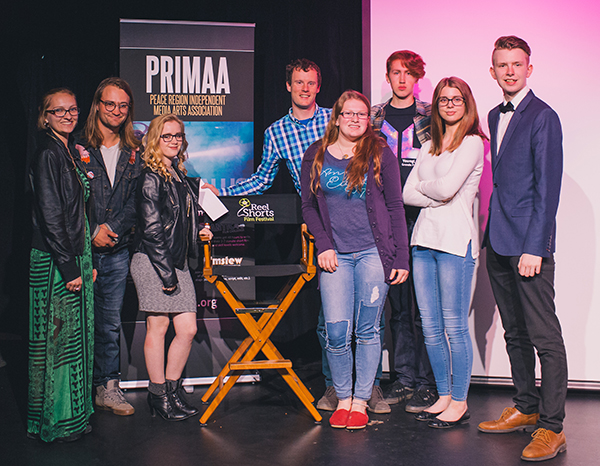 Grande Prairie sculptor Grant Berg (left) designed the award that winners receive. On the right is Mack McDonald of Decca Industries in Clairmont who turned Grant’s vision into reality. The base was made by D.R. Sales Woodworking in Grande Prairie, so in every respect it’s a creation of the Peace Region like the film festival itself. The design reflects the fact that the festival takes place in Grande Prairie which is known as the Swan City because trumpeter swans return to the city and surrounding area every spring to nest, and its flame shape symbolizes the passion of the people who put on the festival every year and the filmmakers whose work we celebrate. 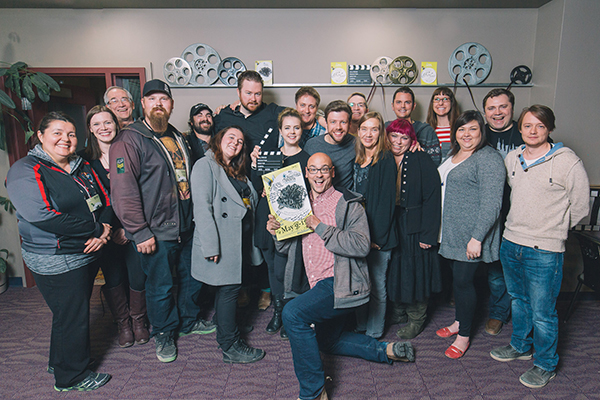 Thanks to all of the funders and sponsors who made the fest possible, and thanks to everyone who came out and made our 11th festival the best one yet! Chris Beauchamp holds the poster he designed. Thanks to Chris and Laura of Beauchamp Photography for the photos!

2018 Award Winners
May 22, 2018
Go to Top
This website uses cookies to remember users and understand ways to enhance their experience.
Some cookies are essential, others help us improve your experience by providing insights into how the site is used.
Cookie settingsACCEPT ALL REJECT
Manage consent