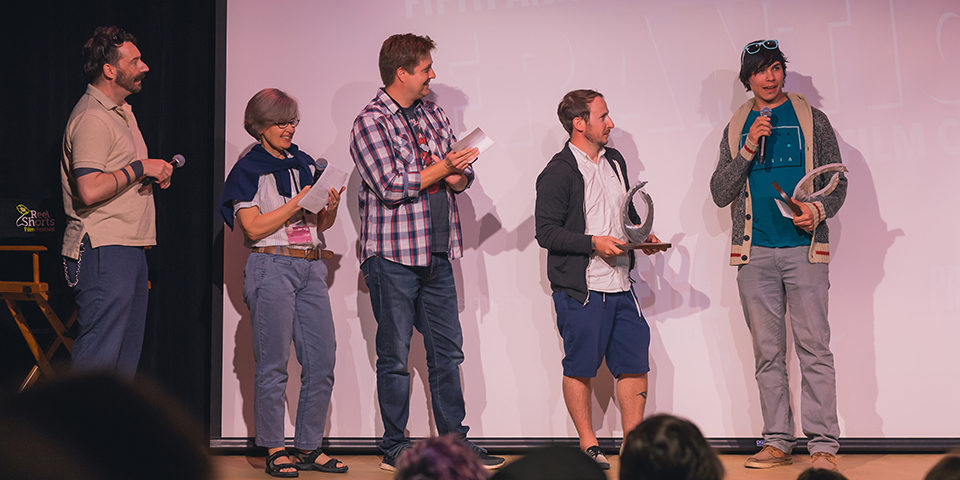 Congratulations to the award winners of the 2018 Reel Shorts Film Festival! These films were showcased in the Best of the Fest package presented by Big Country and the Sandman Hotel. For a pdf of the 48-page program, click here. 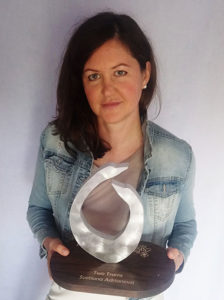 Jury members Gordie Haakstad from Edmonton, Alex Zahara from Vancouver, and Dominique Keller from Calgary selected the following winners from the 79 films that were eligible for juried awards. 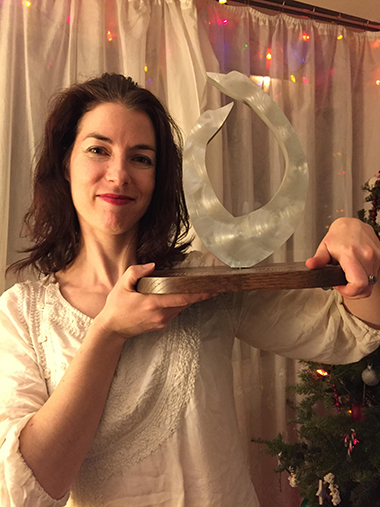 Two Trams, a 10-minute film from the Russian Federation written and directed by Svetlana Andrianova – selected by the jury for its “unique and beautiful animation with a simple and important story” – see photo at left

Fixed!, a 14-minute film from Canada written, produced, and directed by Cat Mills – selected by the jury because of its “good subject and great characters that we connected with” – see photo at right 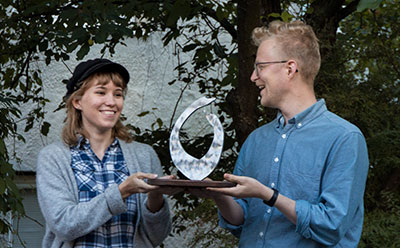 About the Birds and the Bees, a 12-minute film from Finland written and directed by J.J. (Janne) Vanhanen – selected by the jury for its “beautifully shot, well crafted story, tightly edited, and very relatable characters” – see photo at left with Janne and Veera Lamminpää, one of the film’s producers 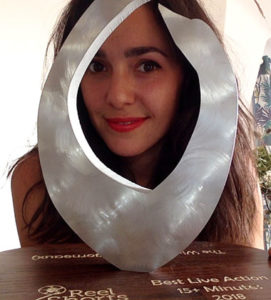 The Winkles (Les Bigorneaux), a 24-minute film from France co-written and directed by Alice Vial – selected by the jury for its “original, well-told, compelling story with believable characters, great performances.” Alice is our first repeat winner – she won the same award in 2016 for Wolf Head (Guele de loup) – see photo at right. 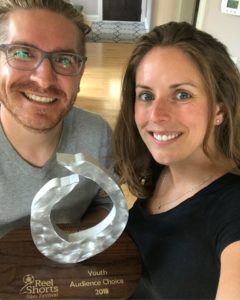 Rag Dolls, a 4-minute film from the United States written, produced, and directed by Justin and Kristin Schaack – see photo at left

The Ambassador, a 19-minute film from France written and directed by Shane Atkinson

It was a privilege to share these wonderful films with our audiences!

From 13 eligible films including four by youth teams, Frantic48 jury members (from left) Jeff Erbach, Gail Littleton, and Gordie Haakstad presented the Best Film and Audience Choice Awards to Chad Corno and Jesse McCallum for The Good, the Bad, and the Hungry which they wrote, produced, and directed – see top photo 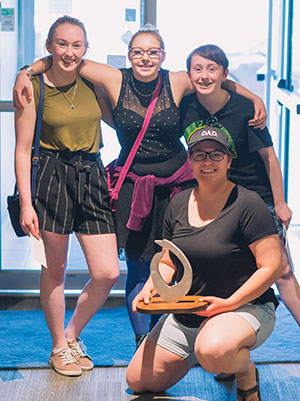 The Good, the Bad, and the Hungry by the Wood Owl Studios team, written and directed by Jesse McCallum and Chad Corno. All Frantic48 teams had to write, produce, edit, and turn in a 2-7 minute short film in 48 hours that incorporated the same prop (pair of glasses) and the same dialogue (“So now you know”), but each team had a different genre/sub-genre. For the Wood Owl Studios team, it was Mystery / Western or Soap

The Good, the Bad, and the Hungry by the Wood Owl Studios team, written and directed by Jesse McCallum and Chad Corno

Winner of the Frantic48

Grande Prairie sculptor Grant Berg (left) of Grant Berg Gallery designed the award that winners receive. On the right is Mack McDonald of Decca Industries in Clairmont who turned Grant’s vision into reality. The base was made by D.R. Sales Woodworking in Grande Prairie, so in every respect it’s a creation of the Peace Region like the film festival itself. The design reflects the fact that the festival takes place in Grande Prairie which is known as the Swan City because trumpeter swans return to the city and surrounding area every spring to nest, and its flame shape symbolizes the passion of the people who put on the festival every year and the filmmakers whose work we celebrate. See below to watch how the award is cut on Decca’s water table. 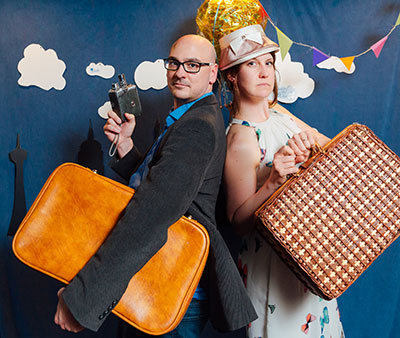 Thanks to all of the funders and sponsors who made the fest possible, and thanks to everyone who came out and made our 12th festival the best one yet!

Special thanks to Chris and Laura Beauchamp of Beauchamp Photography for the time, talent, and energy they devote to the festival every year but especially this year – everything from photos to emceeing, graphic design to decorating, fundraising to marketing and hospitality!

Over 100 volunteers contributed their time to the fest. Special kudos to the programming team for watching 5,700 films! Big thanks to Gordie Haakstad for the intro reel that preceded all 23 screenings, Monty Simo for creating the fest trailer, and Patrick O’Connor of Jimber Jam Studios for the promo video, all of which you can watch below! 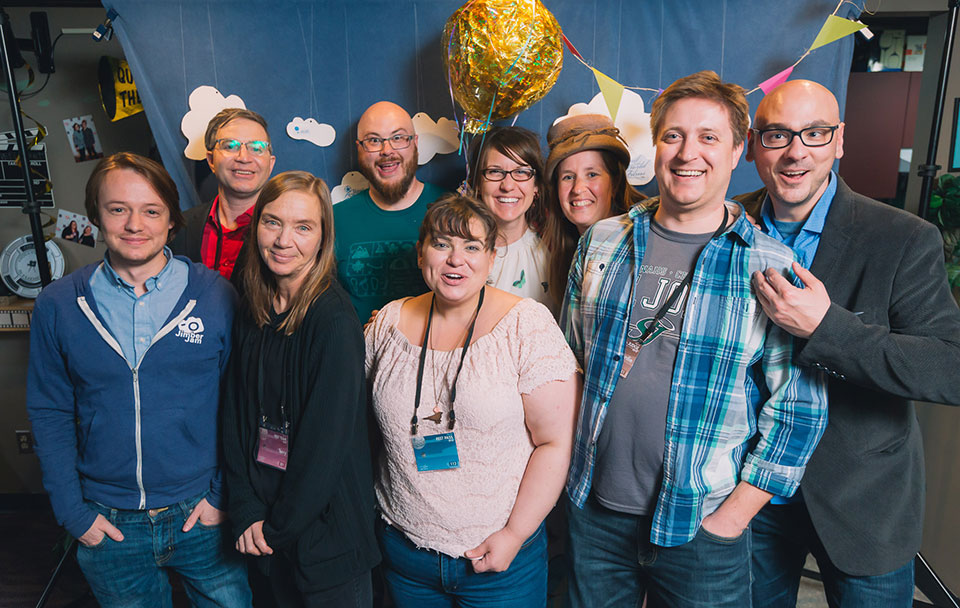