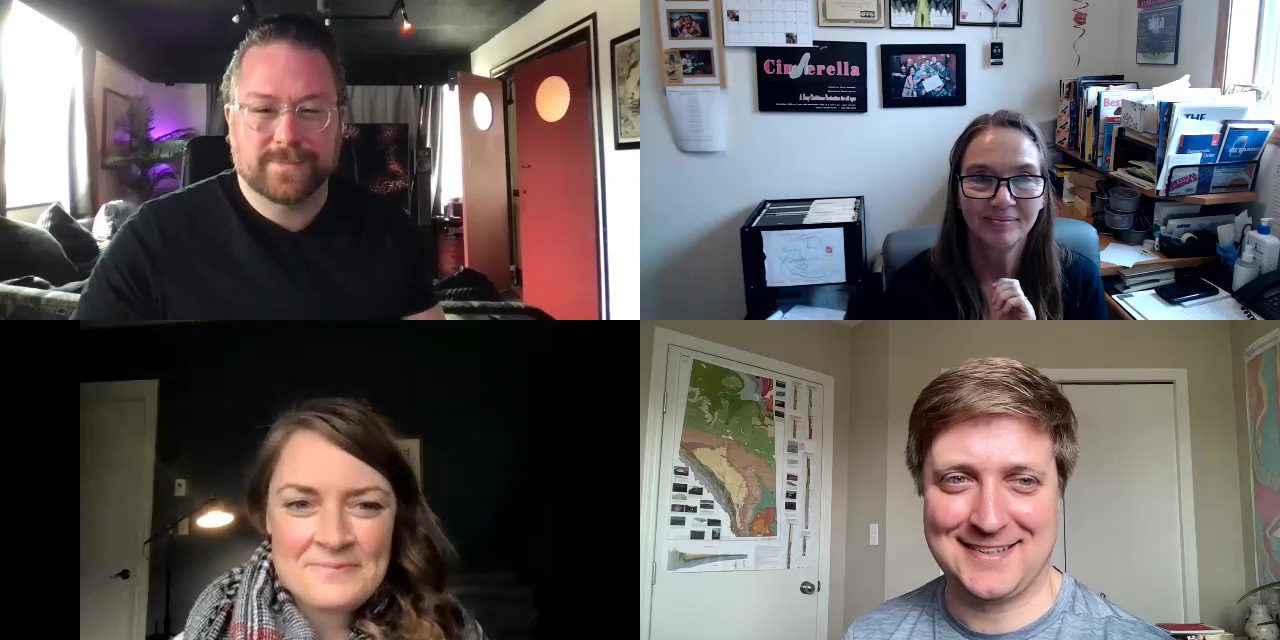 All seven juried and audience choice award winners screened in the Best of the Fest film package presented by Big Country and North West Crane.

The Hairdresser (La coiffeuse) is a 14-minute documentary written and directed by Lorraine Price.

Jury: Simple, poignant, touching, dealt with the end of life with a delicate touch.

Frimas is a 20-minute drama written and directed by Marianne Farley.

Jury: A thought-provoking film that created a dystopian, yet realistic and familiar world with high stakes and tension.

Trophy (Trophée) is a 15-minute drama co-written and directed by Sandra Coppola.

Jury: Strong performances in a fresh take on an important message.

Snowy is a 12-minute documentary from the United States directed by Kaitlyn Schwalje and Alexander Lewis.

Umbrellas is a 12-minute film from Spain directed by Jose Prats and Alvaro Roble.

Jury: Beautiful animation with a lot of visual metaphors that leave the interpretation open to the viewer.

The Affected is a 13-minute film from Norway co-written and directed by Rikke Gregersen.

Jury: A master class in perspective, it made you connect the dots from so many perspectives, it didn’t prescribe what you should feel.

The Criminals (Les Criminels) is a 24-minute film from France, Romania, and Turkey written and directed by Serhat Karaaslan.

Jury: Built suspense and tension through fantastic performances. The lead characters were so relatable and we were terrified about what would happen to them.

Kids Audience Choice – The Dog Who Lost His Bark

The Dog Who Lost His Bark is a 21-minute film from the United Kingdom directed by Viko Nikci.

Mr. James is Dead is a 15-minute film from Canada directed by Josh Aries and Daniel Irving.

Please Hold is a 19-minute Oscar-nominated film from the United States directed by K.D. Dávila. 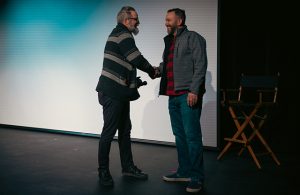 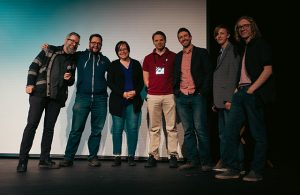 PRIMAA (Peace Region Independent Media Arts Association) and the festival joined forces once again for the Frantic Filmmaking Challenge. Peace Region teams had just nine days to write, shoot, and edit their short films from March 25 to April 3. The completed films, along with a selection of past Frantic48 winners, screened in The Frantic on May 1st. Thanks to Lisa Bennett of Rare Island Media for the photos.

Death Cake for Cutie by the All Nighters Production team led by Darren Bennett (second from left) won the Frantic Audience Choice award.

The wood bases are made by D.R. Sales Woodworking in Grande Prairie which then get engraved by Sportswear Plus, so in every respect it’s a creation of the Peace Region like the film festival itself.

The design reflects the fact that the festival takes place in Grande Prairie which is known as the Swan City because trumpeter swans return to the city and surrounding area every spring to nest, and its flame shape symbolizes the passion of the people who put on the festival every year and the filmmakers whose work we celebrate. See below to watch the video of how the award is cut on North West Crane’s water jet table.

Thanks to the City of Grande Prairie, Telefilm, County of Grande Prairie No. 1, and all of the other funders and sponsors who made the fest possible, and a big thank you to everyone who came out for our 15th festival or logged into our 2nd Virtual Fest!

Heartfelt thanks to all the volunteers who contributed their time to the fest! Special thanks to the programming team which sifted through 7,680 submissions from 137 countries!

Big thanks to Monty Simo for the fest trailer and Gordie Haakstad for the intro reel that preceded all 14 screenings, both of which you can watch below!